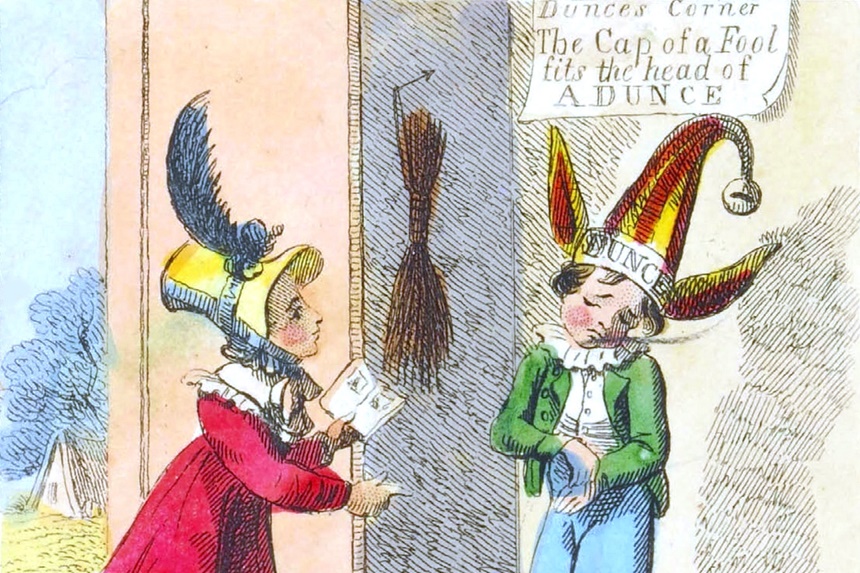 The standard image of a dunce — a dim-witted or stupid person — is of a student forced to wear a humiliating conical hat in front of his or her classmates as punishment for their intellectual shortcomings. It’s ironic, then, that the word dunce derives from the name of one of the most important and influential philosophers and theologians of the Middle Ages.

Little is known about the personal life of John Duns Scotus. He is thought to have been born around 1265 in Duns, Berwickshire, Scotland (hence “Duns Scotus”), and he didn’t live to see his 50th birthday. But during his brief time on earth, Duns Scotus — as he is commonly called — created a school of theological thought that influenced both religious and secular thinking.

Duns Scotus was a Franciscan, and his theology, called Scotism, opposed the teachings of Thomas Aquinas, supported the Immaculate Conception, and included a complex argument of the existence of God. His ideas were studied throughout the great universities of Europe, they had an immense influence in Catholic doctrine, and Duns Scotus was even beatified — in 1993!

Fast-forward two centuries after his death: Die-hard Scotists, also called Dunsmen, fought against the twin waves of the Renaissance and the Reformation, denouncing the new humanist learning and defending Catholic doctrine from Protestant attack. To the then-modern thinker, Dunsmen’s arguments were ultra-conservative, tedious, and often specious, and Dunsman became a pejorative to describe an obstructionist pedant. This later became just duns and then dunce and was generalized to describe any student who seemed unable or unwilling to learn.

As for that pointy hat, some have argued that Duns Scotus himself preferred them, believing either that their conical shape helped funnel knowledge into the wearer’s mind (either literally or metaphorically) or that the shape, with its high apex, was a symbol of knowledge. However, there is little evidence to support the idea that the hat originated with Duns Scotus; he isn’t wearing such a cap in any of the half-dozen or so portraits of the man that still exist. The first recorded mention of the dunce cap appeared in 1840, in Charles Dickens’s The Old Curiosity Shop.