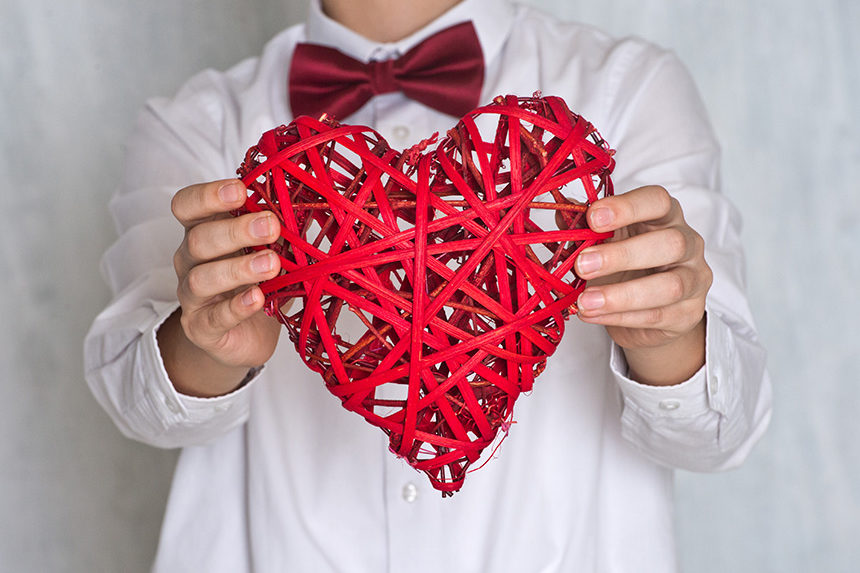 Thirteen years ago this February, my first child was born. In a postpartum sentimental haze, I called him my Valentine’s baby.

Now he is almost a teenager and not quite as cherubic as before. Everyone knows that older kids develop questionable habits, exploring paths that you tried to warn them about, to no avail. They must discover for themselves that certain things — however tempting! — must never be done to excess.

I am speaking, of course, of puns.

Known as the “lowest form of humor,” they are an irresistible draw for seventh graders, who seize upon the chance to be funny and annoying at the same time. Until this year, I thought my son had a sophisticated sense of humor. His dry remarks reflected well on me, I believed. His zany witticisms showed that he came from a creative home!

But that all changed with his class presentation on the religions of Japan, which he proudly described as a pun-heavy monologue called “Tao’s It Going?”

Spurred by the success of this gambit, which made his friends laugh and did not appreciably lower his grade, he started making puns all the time, no better (I’m sorry to say) than “Tao’s it going?”

Some were so ham-handed that I began to doubt he knew what a pun was. The dictionary explains that it is “the use of a word in such a way as to suggest two or more of its meanings or the meaning of another word similar in sound.” But sometimes he would point to my burgundy coat and say, ridiculously, “Are you red-dy to go? Get it? Red-dy?”

“Stop that right now,” I’d snap like Mary Poppins. “What’s the matter with you?”

But the puns, or attempted puns, kept coming.

When we were alone in the car, I tried to impart some knowledge about the responsible use of wordplay. “Sole Desire,” I pointed out, passing a downtown shoe store. “See? That’s a pun. Sole as in shoe, and sole as in only. A lot of businesses have puns for names.  A coffee shop named Higher Grounds would be another example.”

After a moment, he piped up: “A Taste of Thigh.”

“That place right there. That’s a pun, right?”

“What if they served, like, pig thighs? Do pigs even have thighs?”

He picked up my phone and Googled do pigs have thighs. “They do,” he reported. And around that time, I gave up.

Believe it or not, puns were once considered the mark of the smart set. A good one-quarter of Shakespeare is ribald puns, only one of which I will repeat here. In Romeo and Juliet, one character dies uttering the pun, “Ask for me tomorrow and you shall find me a grave man,” unable to stop making lame jokes because he is bleeding out and probably delirious.

In the Jazz Age, Dorothy Parker was queen of the acerbic pun, like “You can lead a horticulture, but you can’t make her think.” And here’s Oscar Wilde, making fun of a dead German philosopher: “Immanuel doesn’t pun; he Kant.”

In fact, there is something distinctly middle-schoolish about puns, often employed to insult someone, tell racy jokes, or both. Even innocent puns have a disruptive quality: little rebellions against the staid, ordinary use of language.

In Alice in Wonderland, Lewis Carroll’s looking-glass world is full of puns. In “The Mock Turtle’s Story,” for example, the main character explains to Alice:

“When we were little, . . . we went to school in the sea. The master was an old Turtle — we used to call him Tortoise —”

“Why did you call him Tortoise, if he wasn’t one?” Alice asked.

“We called him Tortoise because he taught us,” said the Mock Turtle angrily: “Really you are very dull!”

“And how many hours a day did you do lessons?” said Alice, in a hurry to change the subject.

“Ten hours the first day,” said the Mock Turtle: “nine the next, and so on.”

“What a curious plan!” exclaimed Alice.

“That’s the reason they’re called lessons,” the Gryphon remarked: “because they lessen from day to day.”

A school report called “Tao’s It Going?” wouldn’t raise an eyebrow in this crowd. (The Tortoise presumably would give it an A.)

No wonder, then, that some middle schoolers have shown a knack for the form. Today’s most familiar pun, often attributed to Mark Twain, was actually coined by eighth grader Florence Kerns. In 1931, Kerns entered a wordplay contest that asked her to use the word denial in a sentence. “Denial river runs through Egypt,” she wrote waggishly, creating the ur-text of the modern version: “Denial ain’t just a river in Egypt.”

In 1934, 14-year-old Margaret Walko placed in a newspaper competition with this gem: “‘Harmony’ times must I tell you to sit down?”

Not to be outdone, in the same contest, 13-year-old Helen Holodak came up with: “Will you ‘wholesome’ of these books for me?”

I know just how their mothers felt.

But in our family’s case, the apple doesn’t fall far from the tree. I can have a needling sense of humor with my son, discussing the Star Wars film The Force Awakens in a Scottish accent (“The Farce Aweekens”) or spontaneously breaking into song (“Mom, please!”). These annoying jokes get him to look up from whatever he’s doing and pay attention to me for a second, reminding him that, even though he’s almost 13, I’m still here. And maybe his silly puns or not-quite-puns around the kitchen do the same.

Though he’s now taller than me, he’ll always be my Valentine’s baby. And come to think of it, he’s kind of a card.