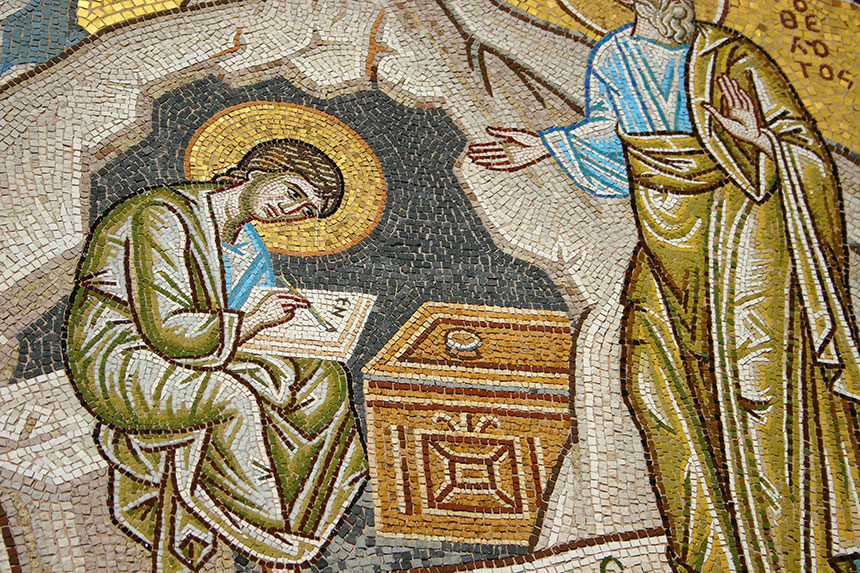 On one hand, anecdotes — those little stories we tell about the weird things that happen to us — can be some of the most intimate, informative, and enjoyable things we hear all day. But on the other, some people cling to these anecdotes as indicative of universal fact, even in the face of significant amounts of scientifically collected data to the contrary. Politicians, scientists, and statisticians warn us that anecdotes are unreliable when it comes to accuracy.

This is true historically as well. The “original” anecdotes probably weren’t all that accurate either, though they made for titillating reading. It all goes back to the early Middle Ages and a man called Procopius.

After Justinian I became Emperor of the Byzantine Empire in A.D. 527, the scholar, historian, and scribe Procopius became the legal advisor and chronicler for Justinian’s chief military commander, Belisarius. Much of what we know today about Justinian’s reign comes from Procopius’s writings, as he recorded his experiences in Constantinople and in military campaigns around the Mediterranean. In his lifetime, he published two historically important works: On Buildings and History of the Wars, the latter encompassing eight volumes.

But not every story he was witness to was safe to publish. He also recorded embarrassing and scandalous stories and court gossip about Justinian, Belisarius, and their wives. Because these tales exposed the (most assuredly exaggerated) sordid details of the private lives of his political superiors, Procopius feared possibly lethal retribution were he to publish them. So he kept them to himself … for a while. He planned to have them published after his death.

This posthumous work, often referred to as Secret History in English or Historia Arcana in Latin, was originally titled Anekdota, a Greek word combining the prefix an– “not” and ekdidonai “to publish” (ek- “out” + didonai “to give”). These were Procopius’s “unpublished stories,” the Middle Ages equivalent of the political tell-alls that are all too prevalent today.

Historians knew that Anekdota was actually published because it was mentioned in the Suda, a 10th-century Byzantine encyclopedia, but for a long time, the original text seemed to have disappeared. That is, until the 17th century — more than a millennium after its publication — when it was rediscovered in the Vatican Library and reprinted. The book’s title — anecdota in Medieval Latin — became the French anecdote, which was adopted into English in the 17th century.

The word originally referred to “secret or private stories,” but by the 18th century, anecdote was widely used in the more general sense we use today, “a short, amusing personal story” — and not “a short personal story that proves undeniably a scientific fact.”