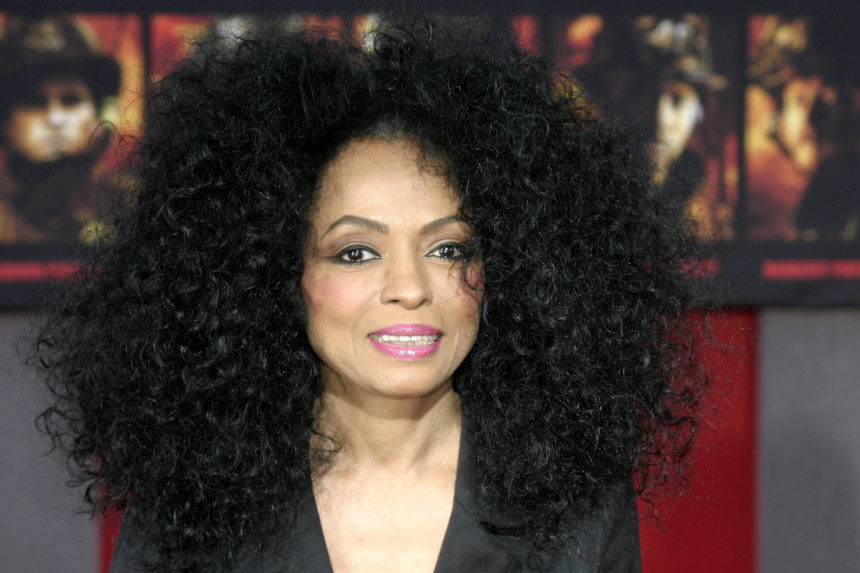 As a young lady, she studied for a career in fashion. In time, she would set the fashions. In her teens, Diane Ross joined The Primettes, a girl group that would later transform into The Supremes. Her performing name adjusted to Diana, Ross and her groupmates would conquer the charts for most of the 1960s; indeed, they had the last #1 hit of the decade. With the 1970s, Ross turned toward a solo career, and the hits just kept coming. 50 years ago today, her self-titled debut hit stores, reminding the world that whether she’s alone or in a group, there’s only one Diana Ross.

Ross joined The Primettes; the girl-group was a spin-off of The Primes (two of whom, Paul Williams and Eddie Kendrick, would co-found The Temptations). Ross’s groupmates included Florence Ballard, and Mary Wilson. Ross’s childhood friend Smokey Robinson would eventually get them an audition with Motown Records; the three, along with Barbara Martin, were signed to the label in January of 1961. Motown head Berry Gordy wanted them to change their name, and Ballard chose The Supremes from a list (mainly because it didn’t end it “ette”). Between the signing and their commercial breakthrough, Martin left, and Ross, Wilson, and Ballard remained a trio. Their first Top 40 hit came in 1963 with “When the Lovelight Starts Shining Through His Eyes.” Gordy appointed Ross as the lead singer after the song’s success.

In 1964, The Supremes hit #1 with “Where Did Our Love Go,” kicking off an amazingly successful run. Their next four singles (“Baby Love,” “Come See About Me,” “Stop! In the Name of Love,” “Back in My Arms Again”) went #1. They went back to #1 seven more times in the 1960s. Midway through their run, Gordy renamed the band Diana Ross & The Supremes, a move designed to pull in bigger performance fees (as the label could charge more for a name out front plus a backing group).

Ross’s exit for a solo career was plotted by Gordy for more than a year. Even on the group’s own TV specials, Ross had solo spotlights; she also sang on other programs alone. The notion was that if they spun Ross off as a successful individual act, they could still maintain The Supremes as a viable entity in their own right. In many ways, the first solo album for Ross was seen as a trial balloon to see how well she was received on her own.

The solo debut was a combination of Motown classics and new material. Several of the songs from both categories were written by the singer-songwriter team of Nick Ashford and Valerie Simpson , who also produced the record with Johnny Bristol. The lead single, the Ashford & Simpson penned “Reach Out and Touch (Somebody’s Hand),” was released ahead of the album in the spring and landed in the Top 20. After its June 19 release, the album itself cracked the charts in July. A few days later, Ross released the second single from the record, her version of “Ain’t No Mountain High Enough;” the Ashford & Simpson tune had been a Top 20 duet for Marvin Gaye and Tammi Terrell in 1967. Ross’s version went to #1 on both the pop and R&B charts and earned her a Grammy nomination for Best Female Pop Vocal Performance while selling over 1 million copies.

Diana Ross singing “Do You Know Where You’re Going To.” (Uploaded to YouTube by Diana Ross / Universal Music Group)

In the years that followed, Ross built an incredibly successful career that combined music and acting. She expanded her sound beyond the confines to pop and R&B, incorporating standard, Broadway covers, disco, rock, and more into her repertoire, delving into different sounds and influences on her records, live albums, and TV specials. She mined hits from films in which she appeared, including Lady Sings the Blues, Mahogany, and The Wiz. Ross is the only female artist in history to have #1 songs as a solo artist, a trio member (The Supremes), one half of a duet (1981’s “Endless Love” with Lionel Richie), and part of an ensemble (USA for Africa’s ”We Are the World” ). She also has two stars on the Hollywood Walk of Fame, one with The Supremes and one solo. She’s a member of the Rock and Roll Hall of Fame with The Supremes and was awarded the Presidential Medal of Freedom in 2016 .

As recently as 2019, Ross was still scoring hits on the Dance chart with new versions and remixes of older material. It’s a testament to Ross’s talent, and Gordy’s willingness to take a chance, that she’s been able remain musically vital and relevant whether in front of a group, or taking the stage all by herself.