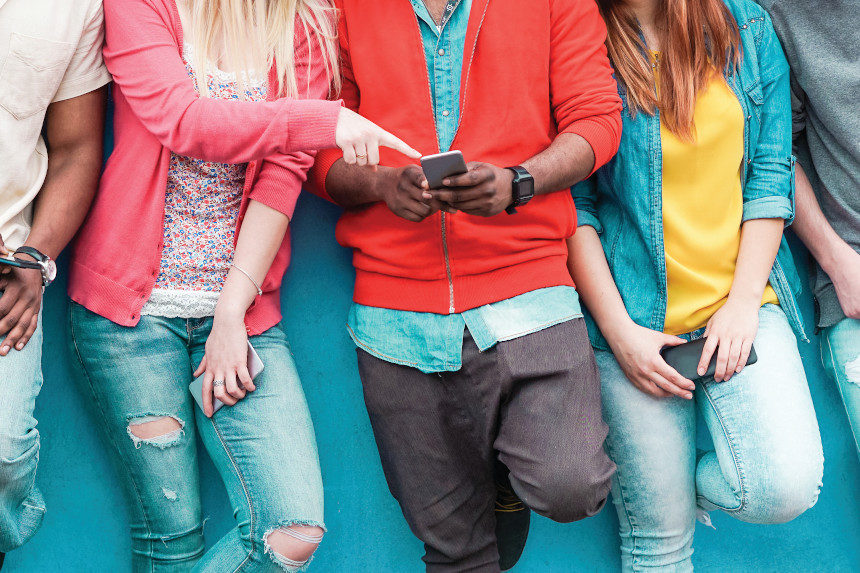 “I believe that the abominable deterioration of ethical standards stems primarily from the mechanization and depersonalization of our lives — a disastrous byproduct of science and technology,” said Albert Einstein in 1946, as the first wave of baby boomers entered a new, post-war, consumerist culture that coincided with the rise of mass media. Those coddled, Dr. Spock-reared bundles of joy couldn’t have possibly known they’d grow up to be a cranky senior population complaining about their grandchildren’s addiction to smartphones. In fact, they formed the habits millennials would soon inherit.

Ever since the advent of the radio, older generations have complained about those damn kids and their new-fangled gadgets, fearing media consumption would lead to the degradation of society. In the 1950s, you may recall that satirists referred to TV as the idiot box or boob tube.

Let’s be honest — we’re all addicted to technology in one form or another unless we’re living off the grid.

Fast-forward to the present day, and the generational divide appears greater than ever as baby boomers and millennials trade digital blows in name-calling — from “snowflake” to “OK, boomer” — unaware that they’re more alike than they realize. A recent survey conducted by the Pew Research Center showed that while 93 percent of millennials own smartphones, baby boomers are not far behind at 68 percent with a rapidly growing adoption rate. Seventy years after television invaded our homes, we’re all staring at our screens, and now we’re bickering about them.

Let’s be honest — we’re all addicted to technology in one form or another — whether TV, Alexa, Nest, or Life Alert® — unless we’re living off the grid. While these new gadgets have had some negative impact, as all innovation does, they’ve done some good too.

Today, I can FaceTime with my grandma in Florida and see her smile each day without boarding an airplane. I can listen to records and watch TV shows without accumulating large quantities of crap in my home. My in-laws can leave me alone and go upstairs and watch Netflix on their iPad while I watch PBS on the overpriced cable I pay for. Should I go on?

No matter the current issue, oldsters have been groaning about younger generations for, well, generations. This concept isn’t new, it’s nature. If I had a dime for every senior I see complaining about millenials, I wouldn’t worry about having Social Security in 40 years.