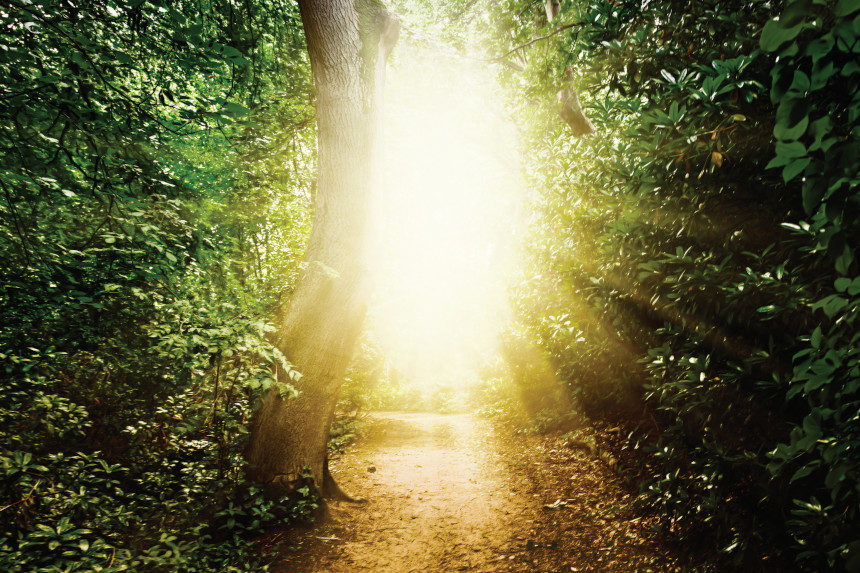 It’s warming in Indiana, daylight is expanding, and Betty Bartley at The Republican newspaper has prophesied an early spring. We subscribers are privy to the same calendar as Betty, but she has an unerring sense about such matters. We all know some years spring doesn’t arrive until three or four weeks after the calendar has proclaimed it, spring not being so much a date as it is a frame of mind.

The Quaker meeting I pastor has been worshiping via Zoom for the past year, and if Betty is right, we’ll gather outside for worship on Easter morning, underneath the trees, contemplating the Resurrection, the spring sun filtering through the budded limbs, the wild onion, vibrant green and leggy, poking up through the meetinghouse lawn. A hundred quiet Quakers sitting in folding chairs, masked and socially distanced, hoping God will interrupt our silence with the good news that our Promised Land is near.

When I was a kid I read a book of near-death experiences, vivid accounts of people beating insurmountable odds and forever after being happy, appreciative, and unafraid. I wonder if the same thing might be true for entire societies and that those of us who survive this pandemic will emerge with a renewed appreciation for life, like my Uncle Larry did after a teenage boy driving a jacked-up truck crossed the center line and creamed into him, nearly killing him. Instead he lived, and arrived home a month later a changed man, no longer fretting about money or politics or the Colts draft picks.

This past year has felt as if the world has been whacking away at us and all we could do was retreat into our shells.

I said “those of us who survive this pandemic” as if I’ve escaped death, but one never knows. This past December I had a low-grade fever, a nagging cough, and was so fatigued all I could do for several weeks was lie on the couch watching reruns of Hogan’s Heroes. I finally drove to the hospital where a lady stuck a telephone pole so deep in my left nostril it hit my brain, causing my right leg to twitch. Four days later, the hospital phoned to tell me the test was negative, which should have made me happy, but instead caused me to worry even more, wondering what I had.

It wasn’t quite a near-death experience, but it was close. As a teenager I tended toward shyness, so secretly wished for a near-death experience from which I would recover, my personality changed for the better. “Shy Boy Comes Back to Life to Attend Prom with Cheerleader and Lead Football Team to Victory” the headline of The Republican newspaper would read. Unfortunately, nothing bad happened to me and I remained an introvert well into my 30s, when I wrote a book and had to talk about it at libraries and bookstores, so came out of my shell. But that was a long time ago, and now I find myself pulling my head back in like a turtle being poked with a stick.

This past year has felt as if the world has been whacking away at us and all we could do was retreat into our shells and hope the world would become bored and go whack someone else. But the hits just kept on coming — a global pandemic, forest fires, hurricanes, droughts, floods, and Rudy Giuliani. Then to top it all off, my favorite lunch restaurant, the Clayton Café, went belly-up, and with it my social life. Now it is rumored someone has bought the building and is fixing up the kitchen and will soon open the doors, which to me is living proof of the Resurrection, no matter what the skeptics say.