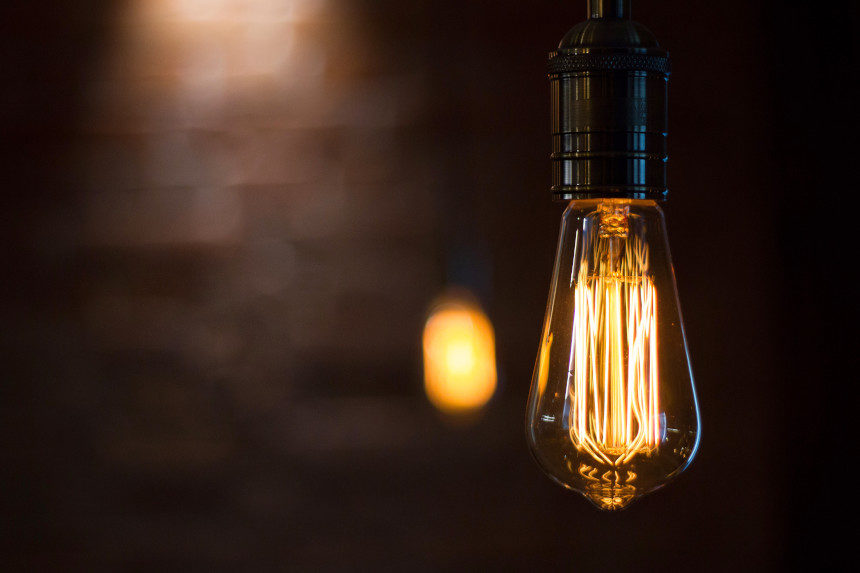 Electricity is so ubiquitous in the developed world that we often take it for granted … except, of course, when it goes out.

In the grand scale of human history, the ability to harness electricity to power human mechanisms and technology is a fairly recent innovation, and channeling electricity into the homes of the populace even more so. It wasn’t until 1925 that more than half of American homes had electric power.

But as recent as common access to electrical power is, that name electricity finds its roots in a language from a time long before light bulbs, ceiling fans, and electric toothbrushes.

In 1600, English physicist William Gilbert coined the Modern Latin word electricus in a treatise called De Magnete (“Of Magnets”). Electricus was created from the noun electrum, the Latin word for “amber,” which in turn comes from the Greek elektron. Electricus translates to “resembling amber.”

How does electricity resemble amber?

People have long known that if you rub amber against certain substances — wool for example — then other light substances will be attracted to it. If you’ve ever rubbed a balloon on your head and then stuck it to a wall, you understand how this property can work: It’s static electricity (or until the mid-1800s statical electricity), or more accurately the triboelectric effect, and this type of magnetism was man’s first exposure to the properties of electricity.

Gilbert’s word caught on in 17th-century academia, even after electricity’s other properties were one by one revealed. And by the 1640s, the English forms electricity and electric were in use.

Two centuries later, in 1821 (the same year the Post was first published), we find the first known written use of the word electromagnetism. To physicists of the early 17th century, the word might have sounded intolerably redundant, but by the 19th century, it was a useful coinage to specifically describe the relationship of electricity to magnetism.