Jamie Conklin can see what others cannot, and despite his mother’s best efforts to keep his talents a secret, Conlin is called on by the NYPD to track down a killer. Turns out, there’s a lot more than meets the eye.

What’s Mine and Yours For fans of Ann Patchett and Celeste Ng, a sweeping story about how parents and children engage with one another through moments of loss, and what happens when a wealthy school opens its doors to the less fortunate.

We Begin at the End The 13-year-old, feisty, foul-mouthed “Outlaw Duchess Day Radley” will do anything to protect her baby brother. With her father gone, danger lurks everywhere, and so too do men from her mother’s past. When Sheriff Bree Taggart discovers the body of a young woman floating near the bank of the Scarlet River, a note in her abandoned car suggests suicide. But everything else tells a different story. 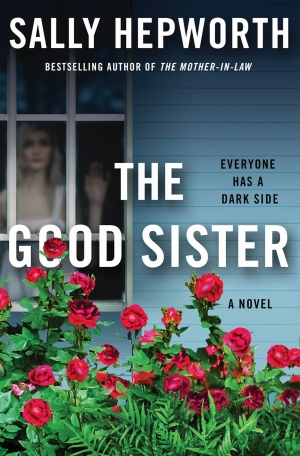 A thrilling novel about the secrets that bind sisters that is unpredictable and addictive. Hepworth is a talented writer of domestic suspense, and if you haven’t read her work yet, this is a great place to start. The behind-the-scenes stories of several women who flew the skies in the late ’60s and early ’70s and the role that Pan Am stewardesses played in the Vietnam War and in Operation Babylift. The bestselling biographer turns his meticulous eye on Nobel Prize winner Jennifer Doudna and her colleagues who developed a way to edit DNA. The ramifications of their discovery are enormous and so too are the moral questions we must confront. Broken (in the Best Possible Way)

For years, Lawson has been honest about her crippling depression, yet she’s one of the funniest writers working today. Here. she’s more personal than ever, detailing her experimental treatment with magnetic stimulation. From battlefields to college hallways, Admiral McRaven shares the code of conduct to live a life of honor and respect through this tribute to the everyday heroes he’s met over the years. Empowering and funny, Sincero’s latest is a euphoric rallying cry around the power and importance of habits: how to understand them, how to change them, and how to live a better and more joyful life.