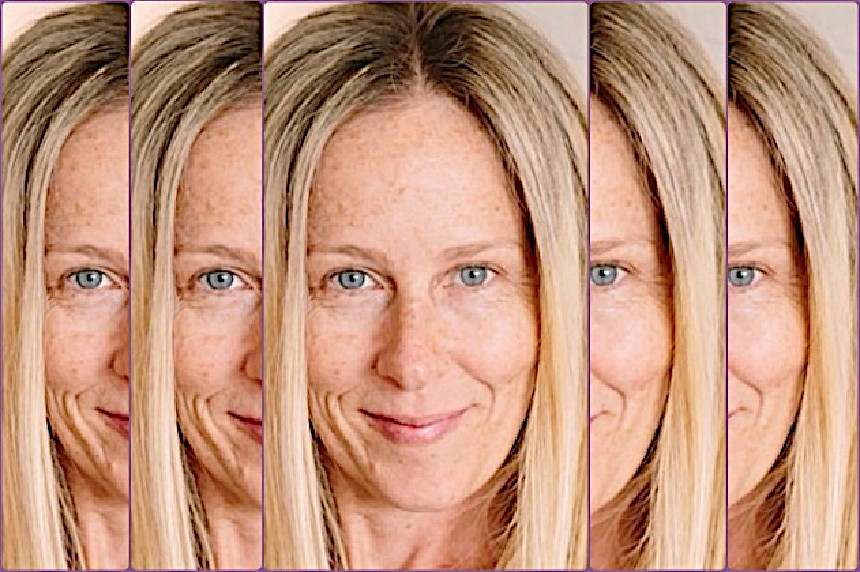 How does one go from the wild child of Rock ‘n’ Roll royalty to an interspiritual community minister and recovery coach? China Kantner Isler is on a crusade, and she wants us all to know about it.

Isler is the daughter of two shining stars of the magical Summer of Love group Jefferson Airplane. Isler’s mother is Grace Slick, the sardonically cool, black-haired beauty who operatically purred “White Rabbit,” and her father is the late Paul Kantner, the group’s co-founder, rhythm guitarist, and, one might say, heartthrob. Isler spent the first part of her childhood in Sea Cliff, a prosperous area of San Francisco, and the second part in nearby Mill Valley. Her haute-hip parents were the toast of the halcyon psychedelic music scene that electrified young America and helped to change the culture — mostly for the good. But for all their convention-slamming, they were elegant: Kantner was a kind of idealistic intellectual (holding conversational court at an outdoor San Francisco café until his death) and Slick had attended the elite Castilleja School and is a descendant of a member of the Daughters of the American Revolution.

Still, drugs and drink were in hearty supply — and, as loving as Isler’s parents were, there was sadness and confusion that led to very early dangerous episodes for Isler. But out of that crisis came a long road to her present role as an interspiritual community minister and recovery coach. And she’s on a crusade that she wants us all to know about.

“I grew up with a lot of very creative, bright, loving people,” Isler says, in a phone call from the L.A. home she shares with her husband, TV producer, writer, and director Seth Isler. “My mother was complex — and colorful — and my father [who died five years ago] was a super-bright, very naturally spiritual person, very concerned with social justice and humanity. But it wasn’t a stable environment. I had a nanny — Pat Dugan — who was my anchor. She had raised four children of her own — a bad-ass Irish American woman.”

But having famous parents who were frequently away took its toll on Isler. “I really missed my parents when they were on tour for four months at a time,” she says. “The loss created pain and fear, and Pat would remedy that, as much as she could. My parents were also wrestling with their own demons at the time. With maturity I developed a lot of compassion for them, but at the time it hurt. People say, ‘Oh, you grew up with money and fame; everything’s cool.’ But it’s not. When people are always pulling at your parents while you want their attention, it’s hard.”

It turns out that Isler could only keep the demons at bay for so long. “I’m an empath. I was always a sensitive child,” she says. “I had seen my mother drinking while my dad used drugs to cope. Weed smoking made me paranoid, but I loved drinking. I started drinking, non-stop — at age twelve — to blot it all out. I would drink, black out, pass out, throw up, and drink again.”

Isler drank until she was 15, and then entered a 12-step program, courtesy of her mother, “who had been very public about her journey with recovery.” She rocketed upward from failing high school to graduating on the Dean’s List. She became entranced with acting, which led her to a career in films, television, radio, and as a VJ on MTV.

“But I hadn’t processed my trauma and had never seen a psychologist, so — no surprise — I made the same mistake again,” she says. “I bottomed out very badly when I was 26. My liver was enlarged; I was down to ninety pounds; I felt suicidal and I was heading for death: driving drunk in a blackout hundreds of times.” But, Isler adds, “I want to make very clear: Addicts are not ‘bad’ people. They have a disease.”

This time, Isler tried a new program — and she became a sponsor. “And I’ve been in recovery for more than twenty-three-and-a-half years,” she says. But beyond that came perhaps the biggest epiphany: She enrolled in Loyola Marymount University and fell in love with theology. She did undergraduate work in the early 2000s. She later attended the Claremont School of Theology and then transferred to the Starr King School for the Ministry in Berkeley. She says she is about two-thirds of the way through the Masters of Divinity (M. Div.) program.

“Through my experience there I realized that what’s missing in rehab and sober living is the position of spiritual director on staff. To me, spirituality — and that’s everything from Buddhism to Christianity to being an atheist or agnostic — means: meaning, value, and purpose,” she says. Isler repeats these three words several times during the course of our conversation.

The bulk of Isler’s training was in Christianity and Buddhism, and she considers herself a Christian Buddhist. She realizes the profound responsibilities that come with being a seminarian. “When I entered seminary I had to ask myself: Am I ready to take this on? I did a lot of discernment and checking in with my own mentors,” she says. “If you’re going to be a pastor or an Imam or an inter-faith spiritual director, that’s a lot to commit to. But I love the challenge of it, and it has helped me become very responsible and accountable to myself because you have to set a really good example.”

Isler is looking forward to the challenges ahead of her. “Being a spiritual director is a lot of listening and witnessing and being a non-anxious presence and a compassionate listener, and it’s not hierarchial: That’s what I love about it; it’s equal standing between two people — it’s journeying with somebody, being an educated, helpful spiritual friend,” she says.

Isler’s goal is to help implement the spiritual director position as part of a multi-disciplinary team across the country in rehabs and sober living. “I realize now that what is so often missing in rehab and in sustained sober living is the spiritual director position from a professional standpoint. In rehab, we’re trying to educate people — before they head back into the world — on what they need to implement in order for their sobriety to be maintained. Talking to people in the context of meaning, value, and purpose is so important.

“I’ve already talked to some owners and CEOs of rehabs and sober livings, and I’m currently in more talks, and I’ve done a lot of research. I’m happy to say I’ve gotten the ball rolling. Hopefully, with this M. Div. degree, I’ll be able to knock down even more doors.”

Fitting, perhaps, for a woman whose parents knocked down many doors themselves.