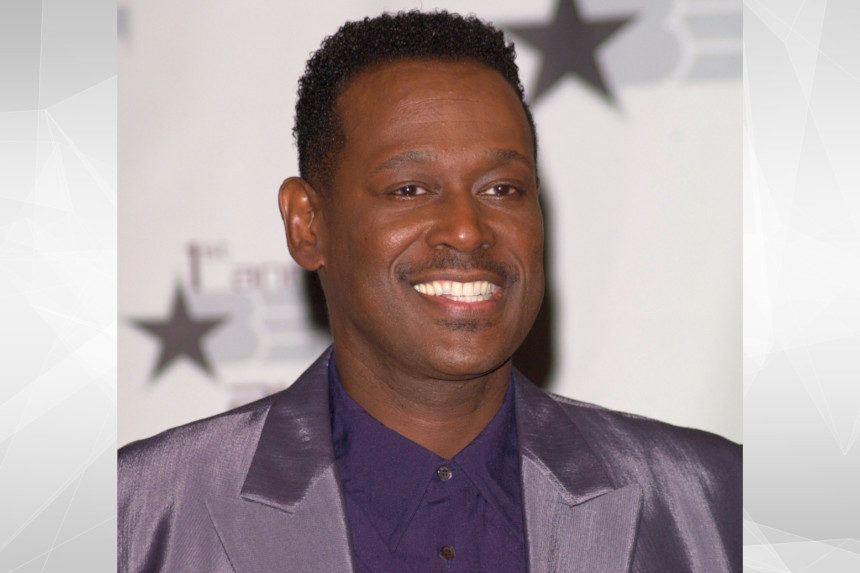 An inevitable part of the journey to music stardom is the transition from fan to performer. Luther Vandross became a music fan early in his life, even founding a Patti LaBelle fan club in his high school. But his overall journey to superstardom seemingly touched every level of the business. From back-up singer to group member to jingle singer to producer to solo artist to hitmaker to Grammy winner, Vandross evolved from a child seeing legends at the Apollo Theater into becoming one in his own right. Forty years ago, Vandross released his debut album, Never Too Much, the first sign of greatness from an artist that would be gone too soon.

Born in New York City in 1951, Vandross was a self-taught pianist. His father was a singer, but the family lost him to complications from diabetes when Vandross was eight years old. As a youngster, his sisters would take him to the Apollo Theater for shows; one his sisters, Patricia, was an early member of The Crests, later known for hits like “Step by Step” and “16 Candles.” By 1969, Vandross had finished high school but decided to drop out of college to chase his musical dreams.

As a teen, Vandross sang in a group that got to play at the Apollo. He would go on to frequent the theater’s popular amateur night. As part of theatrical group Listen My Brother, Vandross performed in the 1969 Harlem Cultural Festival (a documentary about which, Summer of Soul (…Or, When the Revolution Could Not Be Televised), debuted on Hulu this month). Between 1969 and 1970, the group also appeared in several episodes, including the pilot, of Sesame Street.

During the ’70s, Vandross established himself as an in-demand back-up singer and occasional writer. He sang for an incredible range of acts, including Roberta Flack and David Bowie (for whom he wrote or co-wrote songs), Bette Midler, Carly Simon, Ben E. King, Diana Ross, Chaka Khan, Ringo Starr, Barbra Streisand, Cat Stevens, and more. As a member of the group Luther, Vandross had a chance to produce two albums for the act. Even with all of this recording and touring productivity, Vandross still found time to write and sing commercial jingles, lending his voice everything from Burger King to the NBC network; one of his regular songs, “A Brand New Day” was used by Kodak and Valtrex. After working on more records for the likes of Quincy Jones and briefly joining the group Change, Vandross struck out on his own with a solo contract at Epic Records.

Never Too Much (Uploaded to YouTube by Luther Vandross)

Vandross’s first solo album, Never Too Much, hit in July of 1981. Never went to #19 on the Billboard 200 Album Chart, and #1 on the R&B Album Charts. The title track was a sizeable hit, making #33 on the Hot 100, #4 on the Dance Club charts, and #1 on R&B. The album yielded Vandross’s first two Grammy nominations: Best New Artist and Best R&B Vocal Performance, Male. Never also included a seven-minute version of the Dionne Warwick classic, “A House Is Not a Home,” and it quickly became one of Vandross’s most popular tunes. Never Too Much would sell two million copies, making it the first in a run of 11 straight platinum (certified sells of one million) albums. On its updated 2020 list of the 500 Greatest Albums of All-Time, Rolling Stone magazine included Never at #362.

“Here and Now” (Uploaded to YouTube by Luther Vandross)

Throughout the rest of the ’80s, Vandross continued a solid run of successes both as a solo artist and a collaborator. He wrote and produced for Aretha Franklin, Diana Ross, and Dionne Warwick, and sang back-up vocals on songs like Stevie Wonder’s huge hit, “Part-Time Lover.” His presence on the pop charts had been consistent, but took an uptick at the end of the decade when 1989’s “Here and Now” went to #6. Over the next three years, he notched three more Top Ten hits with “Power of Love/Love Power,” “Don’t Want to Be a Fool,” and “The Best Things in Life Are Free” (a multi-artist collaboration with Ralph Tresvant, Bell Biv DeVoe, and Janet Jackson). His highest-charting pop song ever came in 1994, a #2 duet with Mariah Carey on a cover of “Endless Love.”

While Vandross was maintaining a consistent run of success, he was contending with other issues that he tried to keep out of the spotlight. A diabetic, Vandross struggled with both his weight and high blood pressure. After taking more than 80 pounds off of his 325-pound frame in 1985, a British tabloid suggested that the singer had AIDS; Vandross filed a libel suit in response. That same year, Vandross, singer Jimmy Salvemini, and Jimmy’s brother, manager Larry Salvemini, were in an automobile crash in Vandross’s car; Larry Salvemini died, and Vandross broke three ribs and his hip. Vandross pleaded no contest to reckless driving and lost his license for a year; he settled a wrongful death suit with the Salvemini family.

At that time of very public exposure, Vandross struggled to keep one truth from the public: he was gay. This was an open secret to many of his friends and collaborators, but Vandross decided to remain closeted to the public. One reason was that he worried about the possible impact of such a revelation on his mother, though Patti LaBelle suggested in a 2017 Watch What Happens interview that his mother “might have known.” Vandross was also concerned, according to LaBelle, about disrupting the rapport he shared with his female fans, believing that the truth might in fact harm his career.

“Dance with My Father” (Uploaded to YouTube by Luther Vandross)

In 2003, Vandross released Dance with My Father. The album debuted at #1 on Billboard, a first for the artist. The title song, co-written by Vandross and Richard Marx, won the Grammy for Song of the Year and a fourth Best Male R&B Vocal Performance for the singer. Unfortunately, Vandross wasn’t there to accept the awards in person; a stroke on April 16 of that year had left him in a coma for two months. He was able to appear in a pre-taped video, but the stroke had hurt Vandross’s speaking and singing ability. The last time that Vandross appeared to the public was on The Oprah Winfrey Show on May 6, 2004. Vandross died after a heart attack on July 1, 2005.

The musical legacy of Luther Vandross is more than secure. With eight Grammys and sales of more than 40 million albums to his name, he was one of the most popular vocalists of his time. His consistency was amazing; apart from his 11 platinum album streak, he had 15 total. Vandross has also been the subject of numerous tribute records, like two volumes of Forever, For Always, For Luther and So Amazing: An All-Star Tribute to Luther Vandross. He belongs to NPR’s list of 50 Greatest Voices; he also earned five Soul Train Music Awards and nine American Music Awards. In 2014, he was posthumously added to the Hollywood Walk of Fame. His tone and delivery will continue to be emulated by rising R&B singers. Upon the singer’s passing, singer/producer Kenny “Babyface” Edmonds summed it up perfectly: “He also had one of the most unique, most magical voices of all time. That was Luther’s gift: He made you fall in love with his voice.”