Even though The Saturday Evening Post was never based in New York, it featured Gotham on more covers than any other city. New York
When John Falter’s cover painting was accepted, there was lightning trickling down the sky beside the rainbow. Presently the Art Department began to worry—do lightning and rainbows ever show up at the same time? The ever helpful Weather Bureau was asked to look at the Post’s storm—which has just doused midtown New York and is rumbling away beyond Central Park’s man-made ramparts. “Fair and cooler,” was the comment. “But we never saw a streak of lightning in such bright daylight. Of course, where weather is concerned, anything can happen.” So the picture was delightninged, leaving only that sign of clearing weather, a patch of blue sky large enough to make a sailor a pair of breeches. 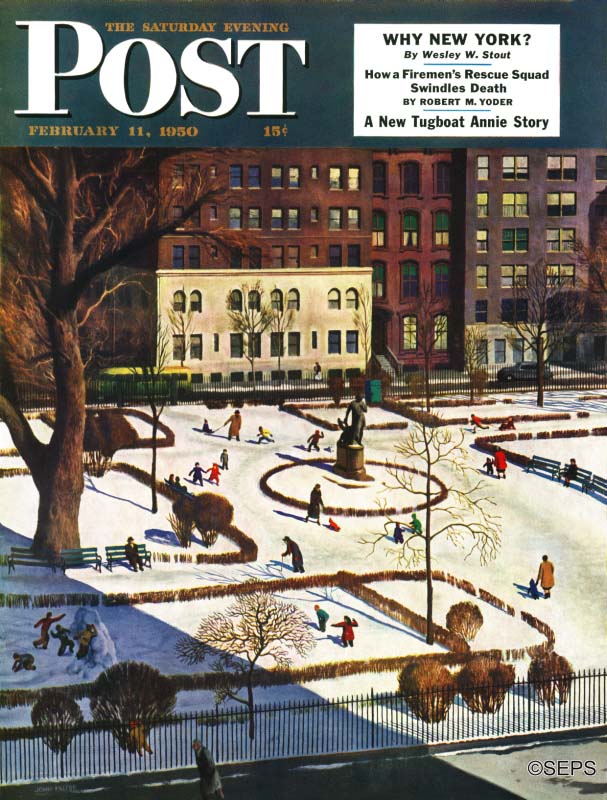