We are grateful for family, friends, health, and home, and we’re so happy to share our favorite Thanksgiving covers with you. To see every cover of The Saturday Evening Post from our complete cover archive, become a member. 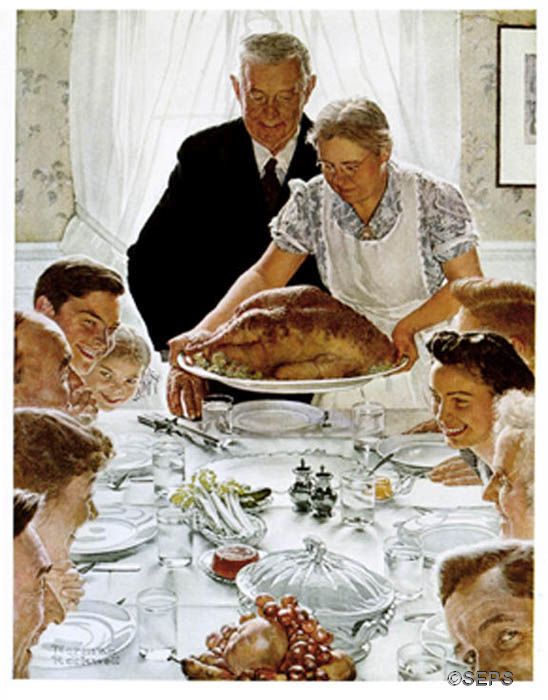 One of Norman Rockwell’s most well known and adored paintings, “Freedom from Want” was never actually on the cover of the magazine. It appeared as an inside illustration, along with the three other images that represented President Franklin D. Roosevelt’s Four Freedoms: Freedom of Speech, Freedom of Worship, and Freedom from Fear. Hundreds of variations of this image have been created, including ones for our magazine featuring The Muppets and The Waltons. This was artist Jan Balet’s only cover for The Saturday Evening Post. The truck driver better hope those turkeys aren’t hatching a plan. What’s a poor newlywed to do? We’re not sure what the options were in 1947, but we’re in favor of frozen pizza or ordering Chinese. Norman Rockwell went to Maine for this 1945 cover, harboring the belief that that state boasted the most homelike kitchens to be found. The artist did his preliminary sketches in Maine and returned to Vermont for his model search. The result: Dick Hagelberg, who was a bombardier with 65 missions over Germany to his credit, is happily pulling K.P. duty with his real-life mother. 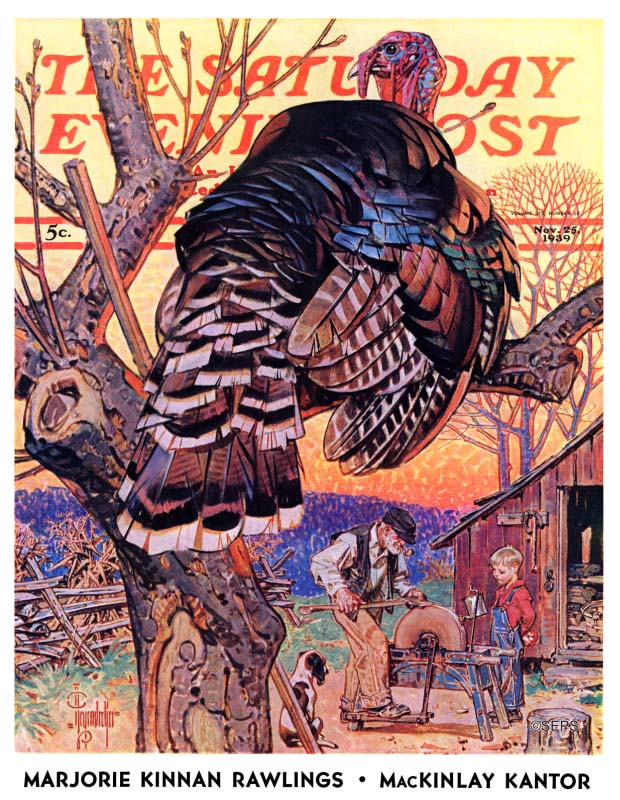 Turkey in the Tree

This cover juxtaposes the grand, feathered gobbler in the foreground with the preparations for his ultimate fate in the background. For its ungainly shape, turkeys can fly. Maybe this one escaped the axe. Norman Rockwell chose to paint a somber but hopeful scene in 1943: a young girl in war-torn Italy draped in the coat of a passing G.I. Through his image, he asked Americans to remember others less fortunate than themselves. This Army cook has just completed preparing a sumptuous holiday feast for 137 soldiers at Fort Ethan Allen, Vermont. This is one of the few Rockwell covers that corresponds with an article in the magazine. “Woes of an Army Cook” was written by famous newspaper columnist Earl Wilson. J.C. Leyendecker honored the 300th anniversary of Thanksgiving by painting our progress from pilgrims to pigskin. 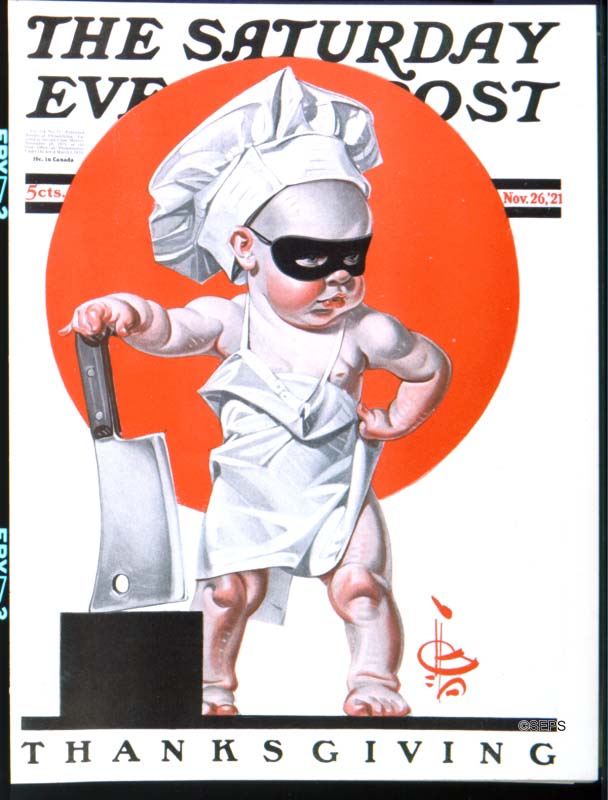 J. C. Leyendecker was famous for his illustrations of cherubic toddlers. In fact, one was featured on every New Year’s cover of the Post between 1909 and 1943. They occasionally showed up at other times of the year, such as this malevolent moppet wielding a cleaver likely meant for the neck of some poor turkey.