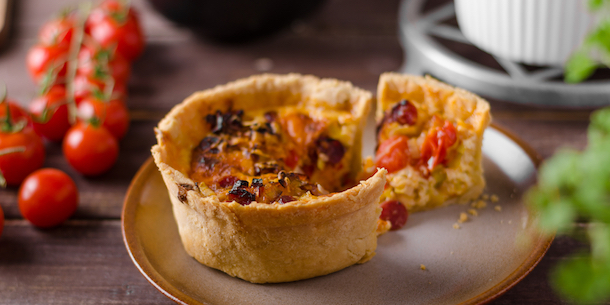 May is the month when all of the TV networks tell you about the new shows that are coming up in the fall and which of your favorite shows they have dumped like last week’s leftovers. They’re called “The Upfronts,” when the networks put on a showcase for advertisers (and fans). It would take too long to give you a complete list of what’s going and what’s coming, but you can read all of the coverage at The Hollywood Reporter, Variety, and Deadline.

I do want to talk about a few shows, old and new. Both Will & Grace and Roseanne are coming back for limited-run final seasons. I don’t know how either of these shows are going to do new seasons. The final episode of Will & Grace showed the two title characters not speaking to each other for several years and then showing a flash forward several years into the future where they became best friends again when their kids end up in the same college dorm. So I’m not sure when the new season will take place. And John Goodman’s character on Roseanne actually died in the last season, so I’m curious to see how they bring him back. Maybe it’s inspired by The Walking Dead.

ABC has a new show coming called Deception, which is about a magician who helps the FBI solve cases. Sounds a lot like a show I loved as a kid, The Magician. And we’ll see another season of Arrested Development on Netflix.

CBS’s Two Broke Girls has finally been put out of our misery, as was Fox’s Sleepy Hollow. Also, NBC canceled one of my favorite shows from last season, Timeless, and then, in a stunning reversal, changed their minds a couple of days later, renewing it for a second season! I guess those online fan campaigns to save a show sometimes actually work.

And finally, here’s the trailer for The Orville, Seth MacFarlane’s Star Trek spoof that looks like it could be fun:

Hollywood Is Worried about Technology

Most films today, with exceptions here and there, are shot and edited digitally. While that’s great for clarity and flexibility, it’s when the films have to be stored that a problem comes into focus.

The problem is with the magnetic tapes that studios have been using since the 1990s to store films in their archives. It’s a very complex, insider-ish problem, but IEEE Spectrum has a fantastic, detailed rundown on what the problem is and what solutions Hollywood is looking at. One expert in the piece says that a lot of media from the 1990s through 2020 will actually be lost forever. While that’s incredible to think about, if Two Broke Girls is one of those things lost, I’m not going to lose any sleep over it.

I’m reading The Vanishing American Adult: Our Coming-of-Age Crisis — and How to Rebuild a Culture of Self-Reliance. It’s a long title and a long book, but one that’s very readable and enjoyable. It’s by Ben Sasse, a Republican senator from Nebraska who is worried that we’re not doing our kids any favors these days in the ways that we (and schools) are raising them. It’s not just one of those books that simply gives you tips on how to solve problems. It’s also extremely well written, which is not something you often see in a book written by a politician. But luckily, Sasse is also a historian. I think it’s one of the most important books of the past 10 years, one that argues for a return to hard work, common sense, and more reading. You should read it.

On a somewhat related note, The Tech-Wise Family: Everyday Steps for Putting Technology in Its Proper Place by Andy Crouch explains why we should control the tech in our lives instead of having it control us. Because we all know that a lot of people would rather give up food or a limb than have to be away from their phones for even a day. Buy the print edition so it’s one less thing you have to read on a screen.

Roger Ailes was the former head of Fox News who was embroiled in a sexual harassment scandal that forced his ouster from the network. He was also a consultant for several presidents and was executive producer of The Mike Douglas Show. He died Thursday at the age of 77.

Chris Cornell was the lead singer of the bands Soundgarden and Audioslave. He also performed the theme song “You Know My Name” for the James Bond movie Casino Royale. Cornell was found dead in his Detroit hotel room Wednesday night after a Soundgarden concert. He was 52.

Powers Boothe was a veteran actor know for movies like Nixon, Guyana Tragedy: The Story of Jim Jones, Sin City, and Red Dawn, and for TV shows like Deadwood, 24, Agents of S.H.I.E.L.D., and Philip Marlowe: Private Eye. He died Sunday at the age of 68.

Brad Grey was the former CEO of Paramount and half of the prolific producing team of Brillstein-Grey. He died Sunday at the age of 59.

Anne Morrissy Merick was a pioneering TV producer who was not only one of the first female sports reporters but also had a hand in getting women permission to cover wars. She passed away May 2 at the age of 83.

Steve Palermo was a baseball umpire who officiated at many games, including the tense Boston Red Sox/New York Yankees one-game playoff in 1978. He was paralyzed trying to stop a holdup outside a Dallas restaurant in 1991. Palermo died Sunday at the age of 67.

Curt Lowens was a Holocaust survivor who later went on to appear in many movies, including Torn Curtain, Tobruk, and To Be or Not To Be, as well as TV shows like Hogan’s Heroes, Mission: Impossible, and MacGyver. He died Monday at the age of 91.

John Cygan co-starred on the ABC show The Commish and provided voices on tons of animated shows and movies, including Toy Story, Cars, and WALL-E. He died Saturday at the age of 63.

We live in a world where people jump from job to job more often than people did in generations past. If you stay at the same job for 6 or 8 years, that’s considered a very long time. So what do you say about a person who has stayed at the same company for 80 years? Meet 97-year-old Fred Kirkpatrick, who has worked for Coca-Cola since … 1938!

Let’s talk about washing your hands. You’re probably not doing it right.

NPR has a story — in a section on their site called, for some reason, “Goats and Soda” — highlighting the Center for Disease Control’s campaign to teach you how to wash your hands. Basically, you have to really get inside the spaces between your fingers, dry your hands thoroughly with a paper towel, and then turn off the faucet with the paper towel. I have to admit, I’m pretty thorough when I wash my hands, especially in public restrooms.

And may I suggest something to all of the retail stores and restaurants out there? Make sure your restroom doors push out so we don’t have to grab a door handle to open the door. You won’t believe how many guys don’t wash their hands when they’re, well, done with what they have to do. It makes you worry about American adults and how the art of simple hand washing is vanishing.

This article from our May 30, 1942, issue explains how women actually did a lot of the heavy lifting during World War II.

The American aviation hero was later vilified for his thoughts about Nazi Germany and his promotion of isolationism, but maybe there’s more to that story.

Elizabeth Acosta’s story ran in the magazine 50 years ago this week. It’s about a fan letter she wrote to humorist James Thurber and the response she got back from him. The piece was accompanied by original Thurber drawings.

I’ve never had quiche in my life, even though I worked in breakfast places for many years. I don’t think we even had them on any of the menus (an omelet isn’t the same thing). When I was younger, I often wondered what a “quiche” was, and if this “Lorraine” person is the one who invented it.

Lorraine, of course, refers to the Lorraine region of France. There was also a Laraine Day, but she’s a whole different thing.

The final Ringling Bros. Circus performance is this Sunday, and you can watch it online for free at their official site or on their Facebook page. It starts at 7 p.m. Eastern.

This day celebrates the life and career of the first American woman in space, who died in 2012.