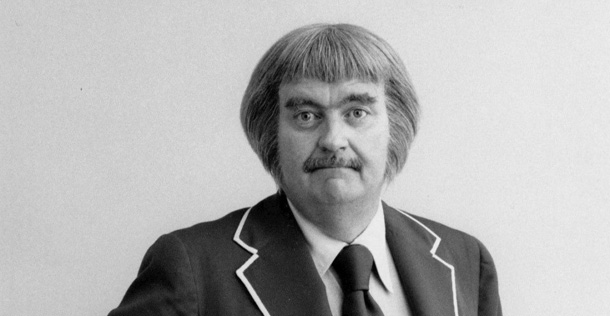 He reached the summit of children’s programming, and today, his picture is buried on Mount Everest. Bob Keeshan, better known as Captain Kangaroo, would blaze an Emmy-winning television trail that influenced generations of viewers.

Keeshan was born in 1927 and made his first TV breakthrough in a sort of famous anonymity. He played the original Clarabell the Clown on the wildly successful Howdy Doody show on NBC, debuting as the character in 1948. Clarabell only communicated by honking horns (once for yes, twice for no), but nevertheless became hugely popular. Keeshan kept the role for four years.

While working on other programs, Keeshan and his friend Jack Miller pitched a show and character called Captain Kangaroo to CBS. The character drew his name from the extremely large pockets, reminiscent of a kangaroo’s pouch, on his naval-style coat. The captain inhabited the Treasure House, later simply called The Captain’s Place, which was the base for a rotating series of characters, puppets, cartoons, and guests. Keeshan cut a distinctive figure with his blonde hair, mustache, and bright coat (originally blue, but red from May 17, 1971 onward).

The show debuted as a weekday morning program on October 3, 1955. It would go through various iterations over time, including a switch from a one-hour to half-hour format in 1981, followed by a move to weekends in 1982. Nevertheless, it was extremely popular throughout its nearly 30-year run. Keeshan made over 9,000 episodic appearances as the Captain. Perhaps remarkably, he was still winning Emmys for Outstanding Performer in Children’s Programming and Outstanding Children’s Entertainment Series into the 1980s.

Part of the appeal of the show came from the rotating cast of characters. Mischief-making puppet Mr. Moose and his friend Bunny Rabbit had a habit of making ping-pong balls rain on the perennially unsuspecting Captain. The puppets, along with the Captain’s coat, dwell today at the Smithsonian.

But it was Keeshan himself that held the whirl of activity together. His performance maintained a gentle and calm demeanor that the performer said was meant to echo the relationship between children and their grandparents. Off-screen, Keeshan drove advocacy for children’s programming and testified in matters related to tobacco advertising and other issues that he believed negatively impacted children.

By 1984, Keeshan declined to renew his contract, ultimately due to the timeslot reductions and shuffling facing the show. Nevertheless, he returned to CBS the following year for a Captain Kangaroo and Friends prime-time special and as host of the CBS Storybreak program. He later published a memoir, Good Morning, Captain, in 1995.

Keeshan died in 2004, leaving a vast television legacy. His grandson, Britton, forged a legacy of his own by being the youngest person at the time to reach the top of all Seven Summits, the tallest mountains on each continent. When he reached the top of Everest, Britton buried a picture of himself and his beloved grandfather as a tribute. It’s fitting that a man that reached such heights in his life should be remembered at the top of the world.