Is it just me, or are people more self-consciousness than ever before? Thanks in no small part to the Internet in general and social media in particular, it seems like everyone is “under the microscope” these days.

This intensifies a culture where appearance, whether physical or financial, is all important; it can seem like being critical of others is the national pastime. Through the popular media, we also are bombarded by messages that we aren’t good enough, others are better than us, and we can be the best if we really want.

Because of these persistent messages of being judged and compared, it’s so easy to think that everyone is watching and critiquing our every move.

Self-consciousness isn’t necessarily a bad thing. In, fact, in all likelihood, it has been hard wired and enculturated into us as we have evolved as a species and a society. Self-consciousness helps ensure that we act in socially appropriate ways for fear of disapproval and rejection from society.

At the same time, self-consciousness can go well beyond keeping our behavior within a socially acceptable range. It can become a source of tremendous angst and unhappiness. Self-consciousness can create a pre-occupation with how we appear to others, what others think of us, and, often, can cause social anxiety and an inhibition of behavior that we fear others might judge to be less than desirable. I see people in my practice who are paralyzed by their self-consciousness.

Self-consciousness can prevent people from being who they are, expressing what they are feeling, doing what they want to do, and all because they are afraid of what other people will think or say about them.

For the vast majority of us, this self-consciousness, and the anxiety that is associated with it, is painfully misplaced. Here is a simple reality that should be liberating if you are overly self-conscious. Nobody is watching you. Nobody is thinking about you. Very few people even care about you. Why such a seemingly harsh pronouncement? Because you’re not that important!

Nobody outside of your immediate family and circle of friends really cares very much about you because you don’t impact their lives. Most people are focused predominantly on themselves. They have neither the time nor the energy to devote to people that have little effect on them.

Plus, somewhat ironically, the only concern most people have for you is their own misguided self-consciousness about what you are thinking about them!

When you think other people are thinking about you, it’s actually you who is thinking about you. When you believe others are being critical of you, they’re not, you are. Are you a mind reader? Of course not — we humans aren’t clairvoyant (though we like to think we are). So when you think someone is thinking badly of you, it’s really you thinking badly of you. Now that, not what other people are supposedly thinking of you, is something to be really concerned about.

Of course, this epiphany is a double-edged sword. It can lift a huge weight off of your shoulders because you no longer have to worry about what other people are thinking or saying about you, and you are free to think, feel, and act in ways that are true to yourself. The downside (sort of) is that we all want to live under the illusion that we are worthy of others devoting time and energy to thinking about us. But, as the saying goes, the truth will set you free!

Tips to Help You Let Go of Your Self-Consciousness 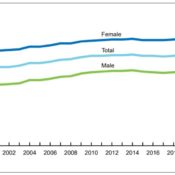