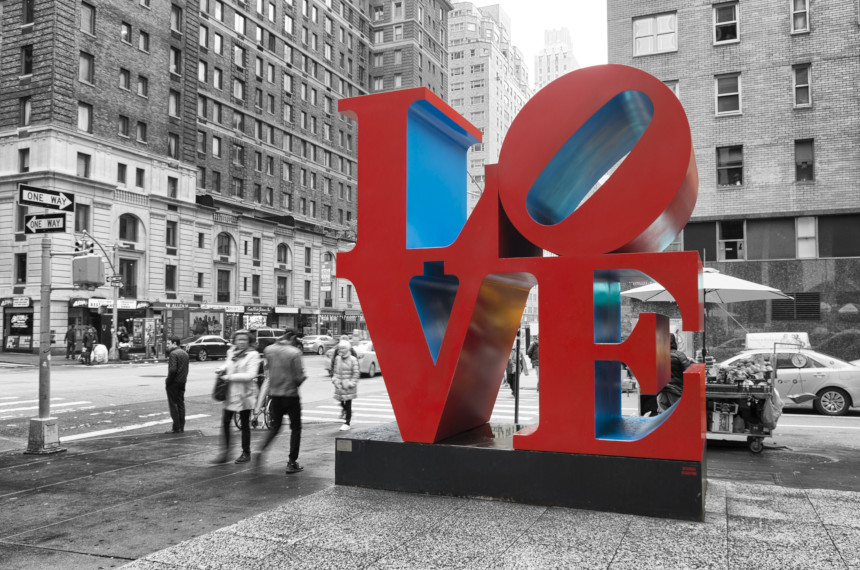 Erich Segal’s novel Love Story broke out as one of the first literary hits of the 1970s. Released on Valentine’s Day, 1970, it overcame dismissive reviews to be a major success. Before the year was out, the film version arrived in two New York theaters on December 16. As the movie opened in more and more venues, it experienced explosive success, keeping it at #1 at the box office for weeks at a time. Nominated for a metric ton of awards, the film remains a cultural touchstone for a variety of reasons. However, even though it’s a much-watched and well-loved films, there are almost certainly things about the movie and its production that you don’t know.

Erich Segal earned his doctorate in comparative literature at Harvard in 1965. Throughout his academic career, he would teach at Harvard, Princeton, Yale, and Oxford. But it was two students that he met at Harvard in 1968 that would inspire one of Love Story’s two main characters, Oliver Barrett IV. They were roommates Al Gore and Tommy Lee Jones. Gore gave Segal the idea for a lead with a successful and heavy legacy (Gore’s father, Albert Gore, Sr., served 14 years in the House of Representatives and 18 years in the U.S. Senate). Jones supplied Segal’s picture of a jock with a soul. Those qualities merged in his character of Oliver. Interestingly enough, Gore and Jones later acquired another future-famous roommate: actor John Lithgow. Jones made his film debut in Love Story as one of Oliver’s friends.

2. The Film Went from Screenplay to Novel to Movie

The trailer for Love Story. (Uploaded to YouTube by Movieclips Classic Trailers)

Segal had written Love Story as an original screenplay, as he’d already had experience from working on pictures like Yellow Submarine. The script didn’t sell at first, and an agent advised him to turn it into novel. When Paramount bought the script, they also encouraged the novel idea to generate publicity ahead of time for the movie. No one expected the book to become something of a literary phenomenon. Its strong sales and word of mouth paved the way for the film to be a hit. A couple of years earlier, Paramount head Robert Evans had put together a similar deal to pay a writer for screenplay rights so that he could finish the book and Paramount could make the film; that writer was Mario Puzo, and the film became 1972’s The Godfather.

3. Ali MacGraw Made Good on “Most Promising Newcomer”

Though the category no longer exists, Ali MacGraw earned the Golden Globe for Most Promising Newcomer on the strength of her performance in 1969’s Goodbye, Columbus. She only had one credit prior to that, a walk-on role in A Lovely Way to Die. Those breaks came after she’d spent eight years modeling, doing commercials, and working as a photographer’s assistant. MacGraw went right to Love Story after Columbus, but returned to the Globes soon enough; she won Best Actress for her turn as Jenny Cavilleri in the movie. MacGraw remained active in film until 2012, when she left to spend more time on charitable causes.

Ryan O’Neal, who would play Oliver, had been an active TV and movie presence for a decade before Love Story. He had been one of the stars of the very popular Peyton Place on TV, and had branched out into films. One of those films was The Games, which Segal had co-written. Segal suggested O’Neal to Paramount for the part of Oliver based on that experience. O’Neal took a smaller offer than he had gotten on other films because he was certain that the film could be a hit. It was a bit more than that; O’Neal was also nominated for Best Actor at both the Golden Globes and the Academy Awards. O’Neal is still active today, appearing in both films and television (including 24 episodes of the very popular Bones). In 2016, O’Neal and MacGraw appeared together in a (appropriately enough) Boston staging of Love Letters, the play by A.R. Gurney. The pair have remained friends since they were co-stars; O’Neal told the Boston Globe, “I don’t think I’ve ever been mad at her, and I’ve been mad at everyone.”

Spoiler alert: Jenny dies of leukemia at the end of Love Story (technically, it’s not a spoiler, as the first line of both the novel and the film is “What can you say about a 25-year-old girl who died?” And while the end of book and film suggest some reconciliation between Oliver and his father, Segal explored it further in 1977’s Oliver’s Story. That book also dealt with the idea of finding someone after the love of your life dies young. It wasn’t the success of Love Story, but was still made into a film the following year. O’Neal returned as Oliver, as did Ray Milland as his father. The female lead was Candice Bergen.

Speaking of Jenny’s death, we can dispel one sort of urban legend. In the years since Love Story, the film has frequently taken the rap for triggering a wave of films that end with the death of a female lead by various diseases (see Terms of Endearment, Beaches, Steel Magnolias, etc.). Film and literature lovers know that’s hardly the case (check out Wuthering Heights and Camille in print and on screen, just to name a couple), but film critics often invoke the “Love Story ending.” It’s likely that association has been made because of the film’s enormously popularity, but it was hardly the first (or last) to use that trope.