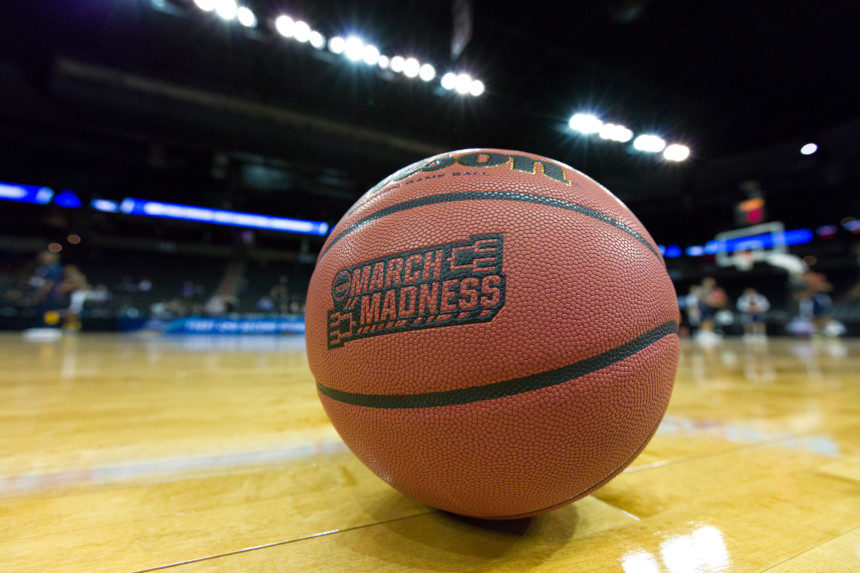 Like so many cities and towns in the United States, there’s a Holiday Inn on the bypass around Chapel Hill, home to the University of North Carolina. For years it had a sign out front, raised so it was easily visible, that announced to the traveler or Chapel Hillian what was on that day or week. ROTARY TODAY. Or, PIANO SALE. But when I drove by one day in the late spring of 1984, it said WE WILL MISS YOU, MICHAEL.

At a press conference the previous Saturday it had been announced that Michael Jordan would be leaving before his senior year — a move executed by Coach Dean Smith, always looking out for his players — and he would sign with the Chicago Bulls. There had been genuine suspense the previous week because Michael was reluctant to leave; he’d promised his mother he would get his degree. But Dean Smith thought it was in Michael’s best interest to sign then. And the degree matter was resolved by a pledge to return during the off-season for summer school classes that would fulfill his academic requirements so he could graduate.

Which he did. In fact, flying back from a professional conference in Chicago one Sunday in the summer of 1985, I passed Michael in the first class section of the plane as I headed back to a lesser seat.

It was not the first time I’d seen him. When you live in Chapel Hill, as I have for years, working at the University of North Carolina — 30 years teaching feature writing in the (now) UNC Hussman School of Journalism and Media — you often see basketball stars on the street or in a restaurant. Easy to spot as we’ve seen them on TV coverage of the games. I remember seeing Sam Perkins on our main street the night of Halloween, carrying a small carved pumpkin with a candle inside. And their height helped them stand out. One day after class, I walked over to a nearby restaurant that had great hamburgers. It also had a great salad bar, which had a thick plastic awning hanging over the various offerings below. What caught my eye — and held my attention for several minutes — was Warren Martin moving down the line. There was something strange. Unusual. Very different about it.

At last I realized what it was. He was so tall (6 ft. 11 in.) he was looking down through the plastic awning at the salad items below.

One Friday evening in 1982 at the start of Spring Break that year, my classes done until the students’ return, I went to a steak house I liked. It also had a great salad bar but no height issues there. What caught my attention as I sat in a booth was the group of guys at a long table not far from me. Several tables had been pushed together to accommodate them. When I took a closer look I recognized the guys on that year’s men’s basketball team, including Michael Jordan and James Worthy and Sam Perkins and Jimmy Black and Matt Doherty — the starters on the 1982 men’s basketball team.

I learned later that the dining room in the dorm where the sports guys live closes for Spring Break, so a coach has to take them out to eat. That evening, then-assistant coach Roy Williams was at the head of the table.

That was the year they won almost everything on their way to the NCAA Men’s National Basketball Championship — the final moments of the game still among the great finishes in the men’s championship games through the years. A one-point victory over Georgetown and Patrick Ewing — 63-62 — in the Louisiana Superdome in New Orleans. But only after a series of games throughout the season, the team’s conference tournament, and the games of the NCAA Men’s National Championship Tournament that now draw millions of viewers with the excitement and surprise of three-pointers and buzzer-beaters, game-winning (or ending) free throws, and upsets that have caused the weeks leading up to it to be dubbed March Madness.

As it happens, I came kicking and screaming to men’s basketball tournaments.

My dislike of basketball went back to the time I was writing a column for high school and college students for the Chicago Daily News. To boost the state edition’s standing (or circulation), it was decided I should go down to Champaign, Illinois, home to the University of Illinois, for the state’s high school basketball championship. So I did.

I watched eight games Thursday, four games Friday, and four Saturday, as in those days the runners-up played for third and fourth place. By the time I left Champaign and walked through the door in my home back in Chicago, I never wanted to see another basketball game again.

And I didn’t have to. As this was the mid- to late-1940s, I don’t remember radio broadcasts or, later, television coverage.

When I moved to New England and went into the local hardware store one morning, the owner motioned me over to meet a man he was talking to. He said, as if he were introducing me to God, “This is Red Auerbach.” I was polite, greeting him as if I knew who he was. The driving force behind the Boston Celtics.

Then, I moved to Chapel Hill. Which is one of the points of the Triangle — Durham, where Duke is located, Raleigh, home to N.C. State, and Chapel Hill, as in UNC. A land that lived on (and off) basketball for months come winter. To me, the people lost their minds as March approached. Stores on the main street would put TV sets in their windows so passersby could stop and watch ACC Tournament games.

My first job at the University of North Carolina was as an editorial outpost — newsletter, annual reports, etc. — at a research project. And the young people all around me who programmed the software and handled the data would carry on during breaks. A lay-up here or a pass there, sometimes demonstrating in the corridor for the others, everyone oooohing and aaaaaahing. I remember moving away one time thinking, “These people are crazy.”

Then I took a position teaching feature writing in the journalism school. And because I had found it helpful (and fun) to arrange for student editors in Chicago to interview prominent people for their high school newspaper stories, I brought a prominent person to class once each semester for the students to interview. And one of my first years, it was the coach, Dean Smith.

He was so impressive I tuned in the game that night.

One of the students, Louise Gunter, captured what I liked:

Smith is polished. His hair is neatly combed, his smile is picture-perfect, his answers to questions are almost formulaic, yet his vision extends past his long, sleek and uniquely characteristic nose, past the boundaries of a basketball court and back inside himself. He enjoys reading, relaxing, and spending time with people he loves. He is quite obviously more than a coach.

“I’d like to study great Jewish and Christian theologians,” Smith said. “With that background anyone could go out and help society in any job. I think we’re all ministers, whether good or bad, but I think seminary could be a good background for anything.”

As I said, I tuned in the game that night. Maryland. In the days of Len Bias. And again that weekend. And soon I, too, was hooked. To the point that a couple of years later, I became so excited when we scored I jumped up and down and apparently screamed loud enough that my upstairs neighbor rushed down to be sure I was all right.

With the years, the stress became too great. I cared too much.

So much so that when a dinner group to which I belonged met one Saturday night, I did not go into the living room to watch the game when it started. I stayed by myself, seated in the kitchen where we had been enjoying our hors d’oeuvres before dinner. I followed the game through their cheers and groans, eating shrimp that had been laid out on the counter. I ate more shrimp that evening as the Tar Heels played on the screen in the living room than I ever had before, or to this day. A great cheer at the end. But when they returned for a final appetizer before moving on to the dining room for dinner, there was a definite shortage of shrimp.

The Tar Heels continued to be part of my life, though, as with everyone in Chapel Hill.

My last year of teaching, a student wrote about a special ceremony before the previous Sunday’s game — a ceremony at which the members of the 1957 and 1982 National Men’s Championship games were honored. She wrote, “And there they stand. The gods themselves. Michael Jordan. James Worthy. Lennie Rosenbluth (the 1957 team). Jimmy Black. Matt Doherty. Sam Perkins.” Players whose numbers, in many cases, had been retired, and their jerseys now floated like the assorted championship banners above the polished hardwood court.

And her attention moving to a lone man standing nearby — Dean Smith. She wrote, “And there he is — Zeus himself!”

A week or so later, when I noticed him sitting one table down from me in a local restaurant at lunch, I almost blurted out, “And Zeus himself!”

Dean Smith is gone now as are many members of the famed UNC Tar Heel teams, some retired and living at home, perhaps with grandchildren to show how to bounce a basketball down the court.

But March Madness is here again. And while I don’t watch the games during the season, I will tune in to the selection of the teams (who will not be sent off to separate tournaments in separate cities and geographic regions this year) and watch the first tournament games.

Those buzzer beaters are still as exciting as anything on television.