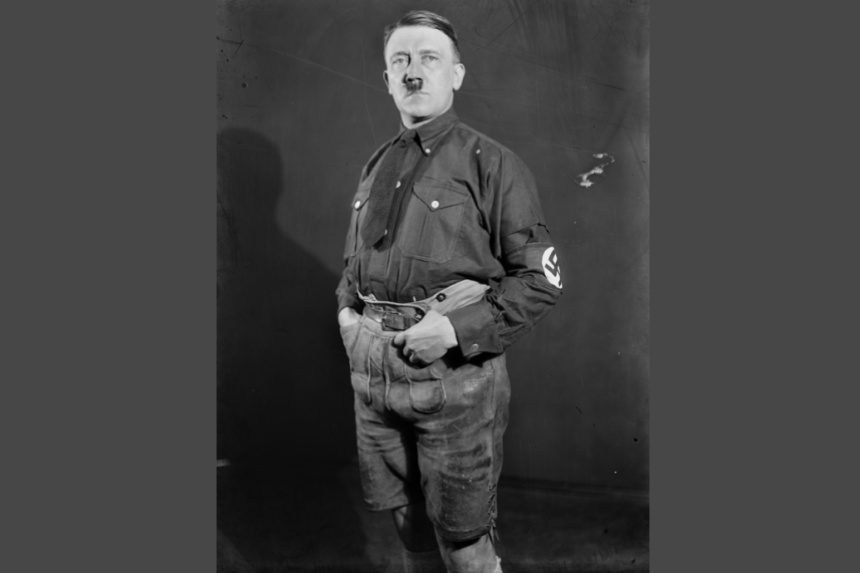 A century ago, on July 29, 1921, a failed Austrian painter became leader of a tiny nationalist group called the National Socialist German Worker’s Party. Twenty years later, he was the absolute ruler of Germany. Under his direction, the nation had rearmed and conquered France, Holland, Norway, Czechoslovakia, and Poland. It also occupied Hungary, Romania, the Baltic States, and the Ukraine. Its air force was pounding London to rubble.

Then, inspired by this string of successes, Adolf Hitler declared war on the United States.

How did a man of very limited education and money, who’d succeeded at little in his life up to 1921, turn Europe upside down, rebuild Germany and then destroy it again, and cause millions of deaths?

And why did nobody stop him?

There are many reasons behind Hitler’s rise to power. One was his own unexpected skill in public speaking. It quickly became obvious to his comrades in the German Worker’s Party — soon renamed the National Socialist German Worker’s Party (or Nazi) party — that Hitler had a rare talent for stirring up audiences, infecting them with his boundless anger and racism.

In October of 1923, journalist Kenneth L. Roberts wrote in the Post about Hitler’s career:

As a talker, Hitler could easily win the diamond-studded belt if there were an annual official gabfest in Southern Germany. He is particularly exciting to the fluent beer drinkers of Bavaria; … Hitler naturally attracted to himself all the tough nuts and the hard-boiled eggs and the rough diamonds of Bavaria and particularly of Munich. When Hitler would stand up and bark at the existing government and call it by the meanest German names in or out of the dictionary, all the hard-boiled eggs would slap each other on the back and say, ” Aha! Here is the boy for us!” And they would promptly sign up with Hitler.

Timing was another key to Hitler’s success. He appeared on the public stage at a time when Germany was hungering for an effective leader. The Germans had faithfully followed their foolish, vacillating Kaiser through four years of costly war. He was gone now, self-exiled in Holland. But many Germans wished to have him — or some other monarch — solve Germany’s problems and restore its pride.

And its problems were immense. Its economy was destroyed, and much of its workforce was killed or injured in World War I. On top of that, Germany was forced to pay crippling reparation to the allies. Its once-great military had been disarmed, leaving the country defenseless and surrounded by perceived enemies. It had begun building an empire, like other European states, but had now been stripped of its foreign colonies. Many of its citizens had believed Germany was meant to be the premier nation in Europe, if not the world, but now the country lay humbled and impotent.

Adolf Hitler said he had solutions to all these problems. Screaming his threats and boasts, he could seem insane to outsiders, but he was saying what his audiences wanted to hear. He promised jobs, better living conditions, restored power and pride for Germany, and suppression of communism and other political trouble-makers. He also attacked Germany’s Jews, saying they were responsible for Germany’s defeat in the war.

Despite his growing support, some had a hard time taking him seriously. Hitler’s boasts that Germany would regain power sounded so fantastic, it kept the world laughing for a few more years. Even some Jewish Germans couldn’t take him seriously. A young Jewish  man, reported the Post, “appeared at the office of a friend, wearing in the lapel of his coat a button showing a large number ‘1.’ Asked whether the button indicated membership in some singing or athletic society, he made the response: ‘Hitler says he’s going to kill every second Jew. I am, therefore, playing it safe.’  [“The New German Leadership” by Isaac F. Marcosson, May 16, 1931]

Hitler’s messages would have made him a local celebrity, but by themselves they probably wouldn’t have made him a national leader. For that goal, he was aided by Alfred Hugenberg, a politician who controlled most of Germany’s newspapers. Hugenberg wanted to eliminate the communists and social democrats, and topple the Weimar government, with the possibility that a Kaiser would rule Germany again. Since Hitler shared several of Hugenberg’s ideas, the media boss helped get Hitler’s message out to the nation.

Hitler was also helped by German business owners, who feared the growing number of German communists and another revolution like the one that followed World War I. Their financial support kept the Nazi party running and competitive in the political sphere.

Both the business owners and Hugenberg were confident they could control Hitler. He was, they thought, too naïve or ignorant to run the country. At the right time, they’d step in and begin directing the new Germany. Hugenberg even joined Hitler’s cabinet when he became chancellor, but soon quit when he realized he would have no power in the new government.

It was easy to misread Hitler. In conversation, he had very few ideas except about politics, but in that field, he was sharper and more ruthless than any competitor. In 1923, when Hitler was first mentioned in the Post, he was described as merely a puppet of Hermann Ehrhardt, the leader of another nationalist paramilitary group. But in 1934, Ehrhardt had to flee to Switzerland when Hitler’s Gestapo came for him at his home.

With coverage in the media and support from business, Hitler was able to grow the Nazi party and successfully run members for seats in the German parliament. By 1932, the Nazis had won 37 percent of the popular vote. In 1933, Germany’s aging president, Paul von Hindenburg, made Hitler chancellor in order to get the Nazis’ support for legislation. By the next year, when Hindenburg died, Hitler assumed dictatorial power, including the right to arrest any political rivals.

Now, anyone who spoke against him could be whisked off to one of the concentration camps he had started building. The number of legislators opposing him in the Reichstag began to shrink as he arrested his opponents.

Many Germans were jubilant when, after taking power, Hitler announced he was rebuilding the country’s military power, in violation of the Versailles Treaty with the Allies.

He also made good on his promises of employment and higher living standards for Germans. In just three years, unemployment went from five million to zero. While the other nations of Europe suffered from the Great Depression, Germany had the continent’s strongest economy.

Life had gotten much better for the male worker; the government forced women and Jews out of jobs that were then offered to “Aryan” men. Their newfound prosperity made it easier to ignore the laws Hitler passed to give himself unlimited power. They could turn a blind eye to the concentration camps, the middle-of-the-night raids by the newly established Gestapo, the burning of books that didn’t receive Nazi approval, and the brutalizing of Jews.

But Hitler’s success was mainly due to the times, not the man. As historian Ian Kershaw noted, “Without a lost war, revolution, and a pervasive sense of national humiliation, Hitler would have remained a nobody.”But he didn’t. Hitler’s path to power left a wake of massive destruction and astonishing inhumanity. It was only after his brazen invasion of Poland in 1939 that France and Britain declared war on Germany. And it was only after half a decade of world war that Germany was defeated. Hitler was found dead from suicide on April 30, 1945.

Hitler’s rise was certainly smoothed by powerful businessmen and political leaders, but it was ultimately allowed to grow unchecked by complacent citizens. As William L. Shirer observed in The Rise and Fall of the Third Reich, “No class or group or party in Germany could escape its share of responsibility for the abandonment of the democratic Republic and the advent of Adolf Hitler. The cardinal error of the Germans who opposed Nazism was their failure to unite against it.”