“The stethoscope,” an ABC executive told me, “is replacing the cowboy’s six-shooter and the gangster’s tommy gun on television. We’re proud to say that our Ben Casey led the way to the new trend. Vince Edwards is a glorious TV pioneer.”

The glorious pioneer is singularly unimpressed with his role as a trail blazer. His principal emotion about his success, in fact, seems to be one of bitter annoyance that it was so long in coming, and one of his favorite expressions — repeated to me several times — is, “Big deal, I’m an 11-year overnight sensation.”

Edwards, now 33, has played a variety of killers, psychopaths, and other villainous characters, mostly in obscure movies that you probably have never heard of. His metamorphosis into a good guy, a knight in sterile surgical armor, has not greatly changed his attitude, and, as one of his directors puts it, “He’s the original angry man. He’s sore at Hollywood for ignoring him for so long, and when he growls and gets mean in the character of Ben Casey on our show, he’s really not kidding. Also, I sometimes have to remind him that he’s playing a savior of mankind and not one of the thugs he used to specialize in.” 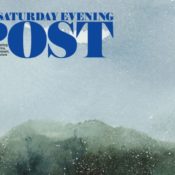