Few people would argue that we need a Supreme Court—a panel of knowledgeable judges who (among other things) determine whether laws are consistent with the Constitution. There’s less agreement with the way the Supreme Court is structured and how it operates. Americans have long been troubled by the fact that we give a small group of judges the power to overrule the elected branches of government. And we give them lifetime appointments, which protect them from recall by voters. A justice can remain on the bench as long as he meets the one requirement set by the Constitution: “Good Behavior.”

To date, 112 men and women have been appointed to the Court and only one has been impeached (Salmon Chase in 1804, and he was acquitted by the Senate). The chances that justices could be removed are extremely small.  No matter how unpopular, or biased, or misdirected their decisions might be, they are free from the wrath of voters.

Essentially, we ask the Supreme Court to protect representative government by operating outside of it.

One hundred years ago, a Post writer questioned the privileges and powers we grant the Court justices. The author, Melville Post, claimed the Founding Fathers had intended—

to create a government in which the people had the last word. They created three independent departments, all equal in dignity … but all subject to the will of the people as the ultimate sovereign.

The original idea of the Court’s work, according to Post, did not include reviewing legislative acts. No court in the world had ever had such power. The Court had slowly gained power until the present day, when—

nine men, holding their offices for life, are able to annul the will of nearly a hundred millions of people, the president of the United States, and both houses of Congress.

In 1916, a judge of Ohio’s Supreme Court wrote in the Post that, regardless of what the Founders had intended for the Supreme Court, what we now had was—

While some have criticized the Court, others have strongly defended it. Some have even gone so far as asserting that the Supreme Court is above reproach. They regard any criticism as an attack on its independence. Responding to this attitude, Indiana senator Albert Beveridge, writing for the Post in 1923, quoted this refreshing opinion from turn-of-the-century David Josiah Brewer:

“It is a mistake to suppose that the Supreme Court is either honored or helped by being spoken of as beyond criticism. On the contrary, the life and character of its justices should be the objects of constant watchfulness by all, and its judgments subject to the freest criticism.

The time is past in the history of the world when any living man or body of men can be set on a  pedestal and decorated with a halo. True, many criticisms may be, like their authors, devoid of good taste, but better all sorts of criticism than no criticism at all. The moving waters are full of life and health; only in the still water is stagnation and death.” Behind the criticism of power without accountability, was the fear of partisanship. The Court justices, free from restraint and immune to recall, would become political activists and make decisions that promoted their own views. This is what Merlo J. Pusey feared had already happened in 1962. In his “Struggle Inside The Supreme Court,” he said the judges were “gravely divided” and nearing a “showdown.”

The “activist” bloc on one side of the doctrinal gulf that divides the court is led by a cool and affable Alabama lawyer, Justice Hugo L. Black. 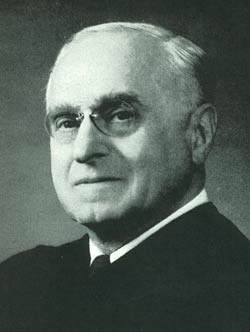 Black and his allies have tried to write into the court’s decisions their belief that the guaranties of freedom of speech, press and religion, as contained in the Bill of Rights, are “absolutes,” subject to no qualification whatsoever.

The Black doctrine has been resisted by a more conservative group of Justices who for want of a better word are often called “traditionalists.”

These men highly esteem the guaranties of liberty in the Bill of Rights but insist that those guaranties be interpreted in the light of the Constitution as a whole.

The most effective spokesman for this group … was Justice Felix Frankfurter [who] led a majority in rejecting the concept of “absolute rights.”

Earlier that year, the “activitists” had produced the decision banning state-sanctioned prayer in public schools. Pusey believed this marked the beginning of vast changes that would sweep across the country.

The activist view of Freedom of Speech, Pusey wrote, would protect groups that advocated the violent overthrow of the government. It would destroy public order “because irresponsible people would presumably be free to indulge in perjury, obscenity, … false advertising, and even solicitation of crime and subversion.”

It is tempting to predict new Court rulings will profoundly change the country. But, just as in 1962, they probably won’t produce the revolutionary changes that some pundits fear. The Court may operate beyond the influence of American voters, but this allows it to be more consistent than the electorate.