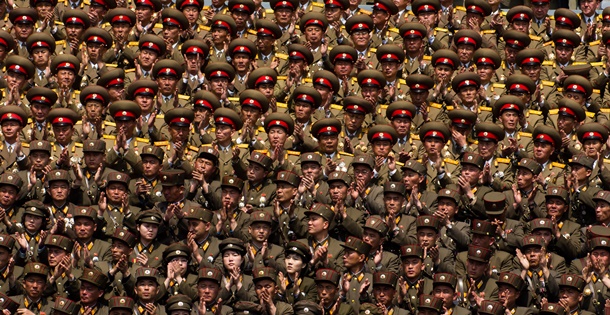 Ever since the Cold War ended, America’s international worries have focused on problems in the Mideast. But now, North Korea’s recent missile launches and defiance of UN resolutions is shifting our focus back to Asia and a piece of unresolved business: the Korean War.

On November 10, 1951, the Post published “Why We Went to War in Korea,” explaining President Truman’s decision to send troops to that conflict. The Truman administration, desperate to stop communists from seizing more countries than they’d already grabbed at the end of World War II, had pledged help to any country resisting a communist takeover. So from 1950 to 1953, America fought to prevent communist North Korea from overrunning the democratic South Korea.

The United Nations also recognized Korea as a test of its peacekeeping mission. If the international community allowed the communists to seize South Korea, the UN would become as useless as the long defunct League of Nations.

More than 30,000 Americans lost their lives in that conflict before a cease-fire went into effect. But the Korean War never really ended — not for Korea, nor for us. North Korea still threatens South Korea as well as other Asian neighbors. It has long trumpeted its nuclear weapons program. It has launched missiles with increasingly longer ranges and conducted underground tests of its nuclear weapons, contrary to international law and its own promise to cease these activities.

North Korea is particularly hostile to the U.S. and claims it now has the capabilities to launch a nuclear attack on America.

Many Americans have been hoping that North Korea would simply go away — implode, as the Soviet Union did. Despite the odds, the communist North Korean regime remains, now led by the third generation of the same family.

While the battles of World War II are honored and the complexities of the Vietnam War are frequently rehashed, comparatively little coverage is given to American’s forgotten war — the Korean War. The timeline below gives an overview of the Korean War and its continuing consequences.

Perhaps we celebrated the end of the Cold War a little too soon.

1945: World War II ends. American troops are stationed in the southern half of Korea, and Russian troops in the north. The dividing line between two zones is the 38th parallel.

1951: The armies reach a stalemate north of the 38th parallel. The United Nations calls for negotiations by the four participants — North and South Korea, China, and America — to end the conflict. Meanwhile the shooting continues with heavy losses on both sides.

1952: Dwight Eisenhower wins the presidency by promising to secure an honorable truce in Korea.

1954: A meeting between the U.S. and China to resolve the Korean conflict also fails to reach a resolution. Talks at Panmunjom continue to this day.

1968: North Korea captures a U.S. naval intelligence ship it claims was in its territorial waters. Negotiations eventually lead to the crew’s release.

1994: North Korea agrees to halt its nuclear program in return for oil and nuclear technology. Kim Il-sung dies and is succeeded by Kim Jong-il.

1996: An estimated three million North Koreans starve to death, the result of floods, drought, and government mismanagement. North Korea masses thousands of troops in the demilitarized zone near the 38th parallel.

1998: North Korea launches a rocket that travels beyond Japan, farther than a North Korean missile has ever reached.

2002: President George W. Bush calls North Korea a part of the “axis of evil,” which includes Iran and Iraq, all of which, Bush claims, are building weapons of mass destruction. South Korea, Japan, and the U.S. stop all oil exports to North Korea after learning that the North had resumed its nuclear weapons program.

2003: After years of threatening to leave the Nuclear Non-Proliferation Treaty, North Korea finally ends its agreement to cease production of nuclear weapons.

2005: North Korea publicly declares it has developed its own nuclear arsenal.

2010: An American scientist is shown a secret uranium-enriching facility in North Korea.

2012: Another long-range rocket test fails, but the government announces it now has missiles that will reach America.

2014: North Korea launches two medium-range missiles. They agree to resume talks with South Korea. North Korea and the U.S. accuse each other of cyber attacks.

2015: After conducting its fifth underground nuclear test, North Korea is hit with United Nations sanctions that will cost the country $800 million.

2016: North Korea claims it has completed tests of its first hydrogen bomb, which is doubted by experts.