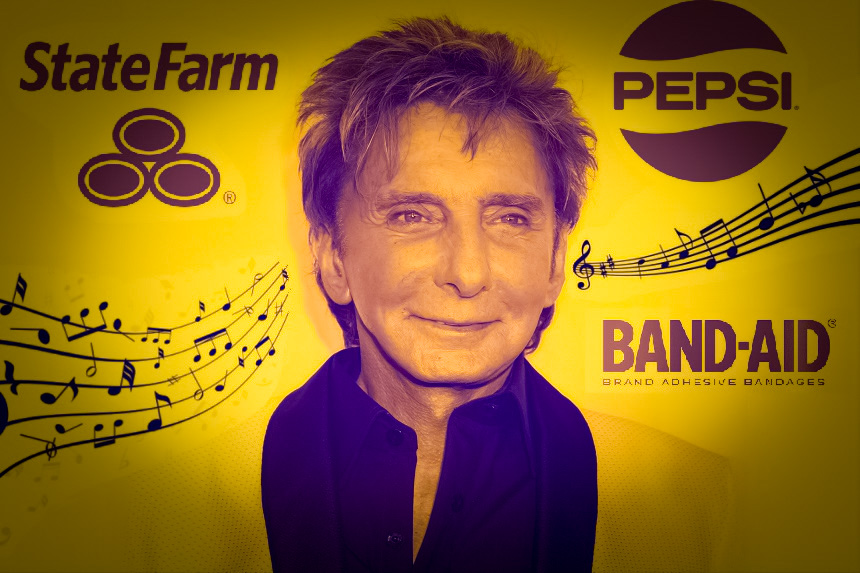 Just hearing the opening line “Like a good neighbor…” necessarily invokes the rest of the earworm: “State Farm is there!” Although the lyrics aren’t currently in use in State Farm advertisements (ditched two years ago for the “Here to help life go right” campaign), the “Like a Good Neighbor” jingle has seemingly been the lifeblood of the State Farm brand for decades, like a radio hit that won’t go away. It makes sense, then, that the jingle was written by Barry Manilow at the start of his career in 1971.

He made 500 dollars for writing the song that would be used for years in different capacities in the insurance company’s advertising campaigns. It wasn’t his only foray into the industry, though. A young, prolific Manilow in the ’60s and ’70s wrote and recorded heaps of famous jingles. When he received an honorary award at the 2009 CLIO advertising awards, Manilow noted that writing advertising jingles was “the best music college I could ever imagine,” despite having studied at New York College of Music and Juilliard. “What I learned most of all in my jingle days was how to write a catchy melody,” Manilow said in an interview.

So the pop superstar’s hits like “Copacabana” and “Could It Be Magic” might not exist if he hadn’t spent years composing commercial tunes.

Manilow began his collegiate studies in night classes at City College of New York. He majored in advertising, because, as he claimed (in Patricia Butler’s 2002 biography), “The choices were listed alphabetically and advertising was first under A.” He didn’t stay with it long, however, taking a job in the CBS mailroom and eventually enrolling in the New York College of Music. Manilow stayed busy in the early years, taking piano gigs and composing a full musical score (The Drunkard) while maintaining his position at CBS. He also began writing and performing jingles for some leading brands.

His first paid tune was with Dodge. Then, Manilow wrote “Like a Good Neighbor” for State Farm and “Stuck on Band-Aid” for Band-Aid. He also sang in “Give Your Face Something to Smile About” for Stridex and “Finger-Lickin’ Good Day” for KFC. His big break, according to an interview with Chicago’s ABC 7, was the dramatic showstopper “You Deserve a Break Today” Manilow sang for McDonald’s.

While he was performing with Bette Midler at the Continental Baths in Manhattan and trying to jumpstart his own recording career, Manilow performed in Dr. Pepper’s “The Most Original Soft Drink” (written by Randy Newman) and “Join the Pepsi People,” and he even wrote “Bathroom Bowl Blues” for Green Bowlene.

Manilow often plays his famed jingles at concerts to his “Fanilows” who don’t mind if he stumbles over a lyric or two. While the enterprise of jingle-writing led to a lucrative recording career for Manilow, he scarcely made residuals on any of the still-familiar commercial tunes. State Farm still uses the nine-note hook Manilow wrote for them — now as a lo-fi, 16-bit soundtrack — but he hasn’t seen a dime from them since the initial 500.