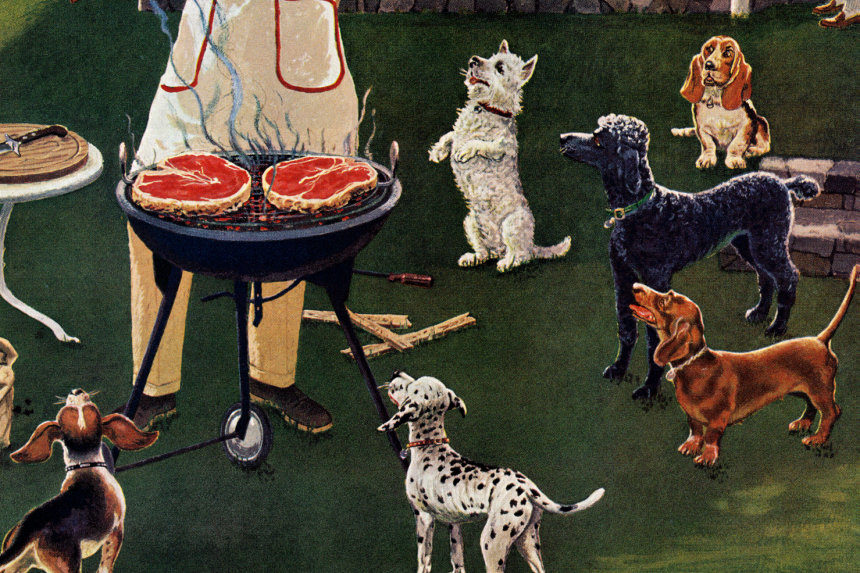 My weekly roundup of quarantine news: the good, the bad, the happy, the sad. I should start rating these each week, from 1 (everything is terrible) to 10 (we can touch other people again!).

It’s shaping up to be a weird summer, for travel, for baseball, for book tours, and at the pool.

Hotels have a plan to get guests back, and it might include getting rid of pens and mini-bars in the rooms and making sure people have enough Lysol.

Many years ago, Calvin and Hobbes prepared us for what we’re going through right now.

Taking their cue from adults, children are swearing more during quarantine, probably because it seems like it’s never going to #$%&! end.

CBS is bringing back The Equalizer this fall and it’s going to star Queen Latifah. This has absolutely nothing to do with social distancing, but I thought I’d mention it.

Do you own a Great Dane? According to the American Kennel Club, that’s one of the least popular breeds of dog. Sorry!

But there’s good news for all of you owners and/or fans of beagles, golden retrievers, and bulldogs. They all made the top ten. You’ll have to click on the link to see who grabbed the number one spot. I will tell you that number 23 is the bichon frise, which sounds like an appetizer you get at a high-end French restaurant.

You ever notice that you never hear about “best cats” contests or surveys? That’s because all cats are the same. Besides, they’re too stuck up to show up to the award ceremony.

If there’s one good thing to come out of this pandemic — if one can use the words good thing and pandemic in the same sentence — it’s that people are finding new ways to do things. And by “new” I mean “old.”

We’ve heard that drive-ins are back (even at Yankee Stadium), more people are getting milk delivered to their homes, and doctors are even making house calls again. Well, via Zoom and Skype, but the computer is in your home, so it still counts.

People are making more phone calls too, probably because there’s only so much emotional connection you can make with someone via a quick text or clicking a smiley face on Facebook. Now it looks like the handwritten letter is making a comeback as well. Teenagers in Massachusetts are writing letters to senior citizens who might be lonely during the pandemic, and even teens who have been dating are writing letters to each other.

Let’s hope this isn’t just a temporary return to phone calls and letters. Even if things go back to “normal” in 2021, I hope everyone still gets a landline installed in their home and invests in some really nice stationery.

Fred Willard had a lot of great roles in his long career. He was a mainstay in Christopher Guest films such as This Is Spinal Tap, Best in Show, and A Mighty Wind, and had regular roles on TV shows like Everybody Loves Raymond, Modern Family, Fernwood 2 Night, and Roseanne, as well as the new Netflix comedy Space Force. He died last week at the age of 86.

Ken Osmond played Eddie Haskell, the overly polite and secretly scheming best friend of Wally on the classic sitcom Leave It to Beaver and the ’80s sequel The New Leave It to Beaver. In between he was a Los Angeles police officer. He died Monday at the age of 76.

Lynn Shelton directed several acclaimed independent films, including Humpday, Your Sister’s Sister, and Sword of Trust, along with TV shows like Mad Men, Little Fires Everywhere, Fresh Off the Boat, and New Girl. She died last week at the age of 54.

Phyllis George was crowned Miss America in 1971 and went on to become one of the first female sportscasters on a national network with her role on CBS’s The NFL Today. She also had host roles on People, Candid Camera, and CBS Morning News. She died last week at the age of 70.

Joel Kupperman was one of the smart panelists on the popular ’40s radio show (and ’50s TV show) Quiz Kids. He went on to get a Ph.D. from England’s University of Cambridge and taught philosophy at the University of Connecticut from 1960 until 2010. He never looked back fondly at his time on the show and rarely talked about it as an adult, which became the subject of his son Michael’s terrific graphic memoir All the Answers. He died last week at the age of 83.

The eruption in Washington State killed 57 people and destroyed hundreds of miles of forest. Megan Hill has a look at what the mountain is like today in the current issue of the Post, and CBS Sunday Morning looks back on the 40th anniversary.

The final episode of the popular sitcom, titled “One for the Road,” attracted over 80 million viewers. It was also the night that much of the cast got drunk while celebrating the end of the show on location in Boston.

This Week in Saturday Evening Post History: Budweiser Beer (May 21, 1960)

60 years ago, you could actually buy two six-packs of Budweiser if you wanted to!

It’s time to grab one of those Buds and celebrate Memorial Day this Monday. It’s probably going to be an odd one this year, though if you’re barbecuing, you’re doing it outside where it’s easier to keep your distance.

Hot dog fan? I guarantee you’ve never had them dipped in ketchup and covered in corn flakes. Have a great Memorial Day weekend.

There’s a good chance you’ve never heard of this holiday. It celebrates the life and work of Hitchhiker’s Guide to the Galaxy author Douglas Adams. You’re supposed to carry a towel with you all day.